Science and the arts come together at new Fringe venue The Lab – we talk to Australian cabaret, theatre and comedy performers candidly tackling the universal issue of mental health 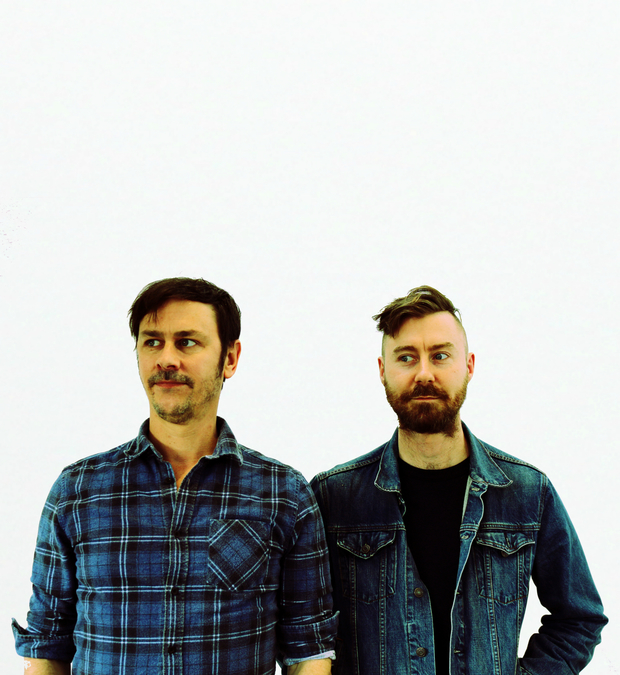 Mental as Everything
By Letti Koutsouliotas-Ewing
Published 16 Feb 2018

In the Queen’s Theatre in the city’s West End is one of this year’s newly concocted performance venues, among the usual ratified favourites, playing host to 13 performances this festival season.

The Lab is the brainchild of two minds already thoroughly established in their respective fields of stage and music production. Matthew Briggs, a producer and artistic director, and Colin Griffin, sound engineer and production manager of local independent theatre company Under The Microscope, collaborated to create an inclusive space celebrating Australian musicians, composers, playwrights and performers.

Perhaps what is most notable about this bold venture is its founding ethos around creating a safe space for an open dialogue about mental health. For Briggs, his extensive background in science and theatre unveiled the similarities between these seemingly contrasting fields and led him to create a space which combines the two.

Five seasoned performers of theatre and cabaret – Josh Belperio, Laura Franklin, Carly Mattiazzo, Stewart McMillan and Damon Smith – use their respective shows and comedy as a form of therapy. It’s apparent that for these outspoken artists, the stage is a platform through which debilitating mental ailments such as trauma, depression, anxiety and obsessive-compulsive disorder (OCD) can be dissected, understood, accepted, and in some cases, even celebrated.

For Damon Smith – writer and co-performer of his autobiographical comedy cabaret show, Mental As Everything – this celebration of disordered difference of people with OCD and Tourette’s syndrome through musical performance is “so important to get people to understand where people like myself come from.”

Smith is an established singer-songwriter and composer and has produced music for TV and short films, but delving into sharing intimate stories of personal difficulties with mental health is new territory. He is, however, not alone in his performance of witty soul-bearing; Smith is joined by band member Adam Coad. Together, this “anxious cohort” line up a series of original odes to their terrible brain-beasts.

Finding solace within trauma is Melbourne cabaret performer Carla Mattiazzo, who is returning with her revival of THAT'S LIFE. Having only a glimmer of knowledge about the show’s contents, Mattiazzo opened up about becoming “one half of an orphan” after the disappearance of her mother just before her 30th birthday and the events that followed.

“[The show is] actually very therapeutic for me. It allows me to move forward myself with the situation,” says Mattiazzo.

Of course, this isn’t without some difficulties, but Mattiazzo is confident in her revival of the script because “the shows that hit [you] the most are the most authentic to the person that’s up there delivering it.”

Josh Belperio similarly explores his trauma history through cabaret in this second season of his ‘dramedy’ performance Scarred For Life. After a near-fatal bike riding accident, Belperio recounts his hospitalisation and recovery, which is rife with embarrassing stories about parading around in entirely see-through underwear and urinating into bottles in front of his boyfriend.

After a recommendation by his psychologist to talk about his trauma, Belperio decided to take it one step further by taking his trauma to the stage and “tell it to a room full of strangers” in his cabaret debut in 2017. Evidently, musicians handle things a little differently from other people.

Of course, an important part of mental health discourse is the systems behind it. While they can greatly assist, sometimes navigating therapy can be a battle of its own. Enter Stewart McMillan with his comedy theatre production Allen. It is a satirical take on modern-day psychiatry that details the practices of sadistic psychiatrist Dr Jeremy Roberts.

Allen is the crux of McMillan’s ‘death trilogy’ series. McMillan’s three productions have had a collective focus on mental health within a comedy setting, which raises the burning question: is mental health funny?

"I don’t think mental health is necessarily funny, but I think situations and the way it’s dealt with can be funny,” McMillan says.

There is, of course, the enduring harsh reality behind the humour. Laura Franklin’s Smells Like Teen Spirit serves this sobering truth in her theatre performance about at-risk youths within the youth justice system. Setting the show in the 1990s, Franklin aims to draw parallels between the mistreatment of children then and today. The 30 year difference is anything but a barrier, as Franklin asks, “Why is it still such a big reality for so many kids today and why is the majority of society still ignoring it?”

It is evident with the eclecticism of performances that mental health can be analysed and processed in many different ways. The Lab is presenting performances of humour-laden debilitation through real-life experiences performed by people brave enough to survive their demons and even braver still to bare all in front of an often privileged audience.