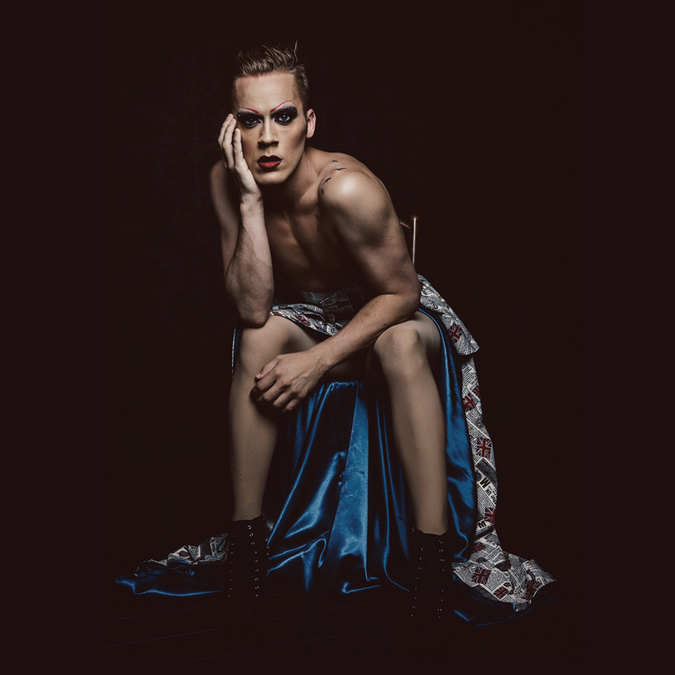 Caberet performer and London’s West End theatre alumnus, Ian Stroughair, has an iconic story to tell about LGBTQIA history. Two stories actually, if you count the endearingly camp anecdote about the birth of his drag persona, Velma Celli.

Velma surfaced while Stroughair was working in the West End as an understudy in Chicago. One fateful Wednesday night, he received an invitation from the cast of Pricilla Queen of the Desert to join them for drinks in drag. Naturally, one does not turn down such an opportunity. "I went and bought a cheap dress from Primark, some awful shoes and eyeliner and went out," reveals Stroughair.

After being handed a microphone and performing drunken renditions of Queen, Stroughair was offered a coveted spot and regular gig starring as his drag persona. And, needing a name, Velma Celli was born. "Suddenly I’d gone from being in Chicago to being a drag queen in the space of exactly a week," laughs Stroughair. And the rest, as they say, is drag history.

Now, Stroughair is touring his solo-show, ICONIC – A Brief History of Drag, for the first time on Australian soil since creating the show back in 2016. When asked about the driver for creating ICONIC, Stroughair asserts it was initially meant to placate followers after a barrage of requests for classic drag songs, but took its own course into something more meaningful amid the glitzy pop-culture numbers. "The narrative and the history [of drag] is really important to me as a gay man but also it’s the entire essence of the show, which I didn’t realise it was until I started writing it. It all unfolded as I was doing my research and I realised the message was to educate people."

Stroughair is, of course, alluding to the profound importance of the preservation of LGBTQIA history because some of the iconic drag moments that comprise his performance are moments in time that have been rewritten or erased. Namely the infamous 1969 Stonewall riots where narratives were skewed to deny transgender women any involvement in inciting the cataclysmic incident leading to a worldwide gay rights movement. "When I was researching news that covered [the Stonewall riots], it was almost impossible to find actual facts and I found that fascinating, and also frustrating. The riots were an important time in drag history and for trans women that fought right at the very beginning, so the narrative and the history of that are tied into the show."

Weaving his own history into a path paved by icons not forgotten, Stroughair hopes to incite change through "great representation and a positive message" while whirling audiences through the most famous musical moments in drag history.