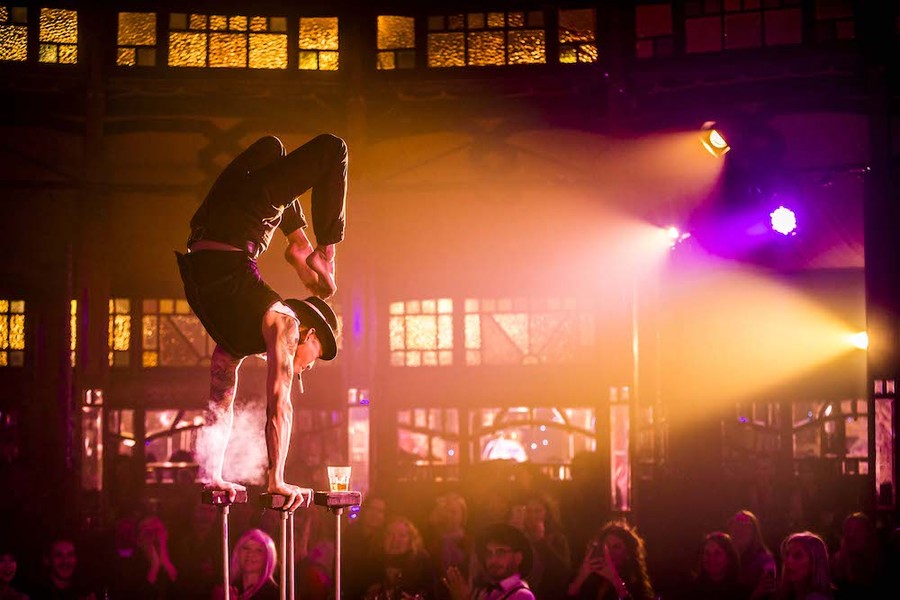 For those who don’t know, the After Hours Cabaret Club – LOCK IN is named for its propensity to shock, disturb, and get loose. It's like a night in a pub or club where parties rage and friendships are forged, even if deep in the morning hours everybody laughs to realise they don’t know each other's names.

Hosted by the hilarious Tash York, the night is a selection of the most titillating, daring and – as York says – “what the fuuuuuu–” performers from the Fringe circuit. Without giving too much away, there’s burlesque, there’s ropes, there’s theft and there’s some serious WTF moments. This is not a show for the faint-hearted, however the packed-out, late-night performance is serious fun and a fantastic way to end your night with a bang.

Perhaps the show isn't for your grandparents, but who knows? York and her friends have a way of bringing people out of their seats and out of themselves. There’s no better way to do Fringe than by having the absolute pants shocked off you. You’ve been warned.