Will Spartalis on Blunderland and House of Yes

Mimosa glasses clink as the previous producer of House of Yes in New York, Will Spartalis, chats about his hectic schedule in the city that never sleeps 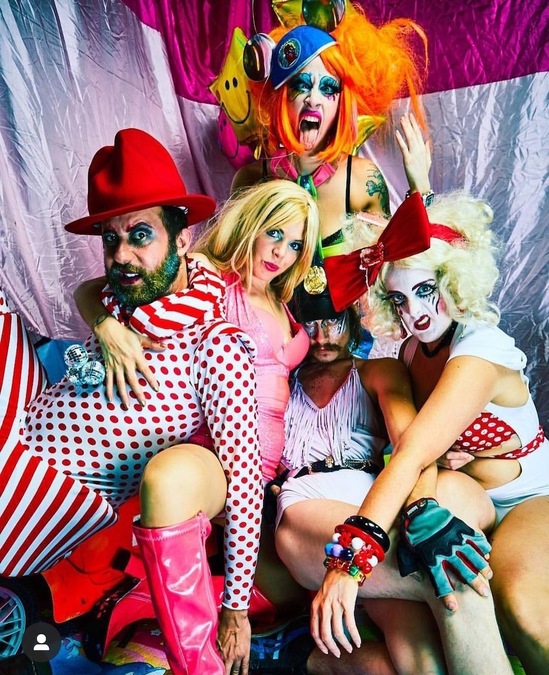 Born in the House of Yes, Blunderland comes from a place where 12 hour shifts, double or triple performances and all night go-go dances are not out of the ordinary. This ‘no-sleep-till-Brooklyn’ energy is charging into Fringe in this haven for “lost souls, or of a particular ilk, who are magical in their own weird fucked up way.”

The physical space of House of Yes hasn’t come easily. “The first one was an illegal warehouse rave party which was shut down by the cops,” Spartalis tells. “The second one was an illegal warehouse rave party with some aerial training involved, and some shows, and that one burnt down.” Finally getting a solid grounding in its third iteration, House of Yes has become somewhere which can “accommodate young, weird, queer performers,” he says. “It’s all of these young, interesting, messy, crazy persons who gravitate toward it because they’re too weird for anywhere else, but too good to not be performing.”

Eric Schmalenberger – Blunderland’s creator, compere and resident 6’5 gay rodeo clown – started the show as a dare and began pulling his wierdest and most wonderful friends from across the world and funneling them into the House of Yes space.

What started as a once every few months gig quickly became two or three shows a month, with a highly revolving cast of the boundary-pushing artists coming up in the New York and global scenes.

“Blunderland balances between classic, sexy, skilled and dumb. That’s basically the setup of the show,” Spartalis says. “Weird burlesque, world class aerial performers and dumb weirdo punk gay clowns who will terrorise everyone. So we try to find a balance there.

“Having come from my background in working in Fringe and having performer friends, I’ve always known where the weird edge is. Sure, there are people who do aerial, who do lyra [aerial hoop], who do pole dancing and stuff like that, but the cool thing about this crew is that they are doing it in a fucked up way.”

These aren’t your usual cabaret performers with the commonly performed tricks. “They’re taking it and doing something very very new with it, or tearing it back to some form of basic which is far more moving,” says Spartalis. By subverting these classics and turning them, quite literally, on their heads, the cast create more emotion and raw energy than most lineup gigs.

Adelaide is being treated to an all-star cast from Schmalenberger’s near ten year history with the show, including aerialist Lola Carter. Carter has spent the last 12 months working in Times Square with Ian Schrager, the creator of the iconic Studio 54, and his new project hotel, The Times Square EDITION. Of Carter, Spartalis says “she is one of, if not the best lyra performer on the planet. She is now the centrepiece of this incredibly cool show over there.”

Then, there are the clowns. Existing in cells all over the world, Fou Fou Ha are a special type of couture clown specialising in confronting interactive crowd work. Blunderland is bringing three jesters from their local Fou York cell. “Fou York are like if you took rodeo clowns, an epic sex party, and like the most extreme 90s punks you could possibly get, smash them all together and give them an early morning cartoon show,” describes Spartalis. “Yeah, they’re clowns, but you definitely wanna fuck all of them. And they’re terrifying. Not in the classic terrifying clown way, but you think that these ones might clean out your bank account when you’re not looking.”

The real issue with bringing the show to the Fringe is the sheer scale. “We’re used to having a show that runs for three hours, has two intervals, a whole heap of fuck ups and it’s fine,” says Spartalis. “Here, we need to make a show, stick to the allotted time and run to a script. And Schmalenberger is not good at that.” Although used to playing by their own rules in their own space, the crew are up for the challenge of downsizing, particularly with Spartalis’ extensive background in the Adelaide festival scene.

This tour is the first international trip for many of the performers, even though they work hard all year. “Because it’s New York, you have to perform constantly to make rent and you’re not making any money,” Spartalis explains. This work ethic also comes into play for the shorter show gracing our shores. “Most of our performers are pulling double shifts, doing different acts in each show, and our three Fou clowns are also performers and choreographers for the rest of the show,” says Spartalis.

As the saying goes, there ain’t no rest for the wicked, and the cast of Blunderland know it more than anyone.