An initimate and improvised performance from Victoria Falconer 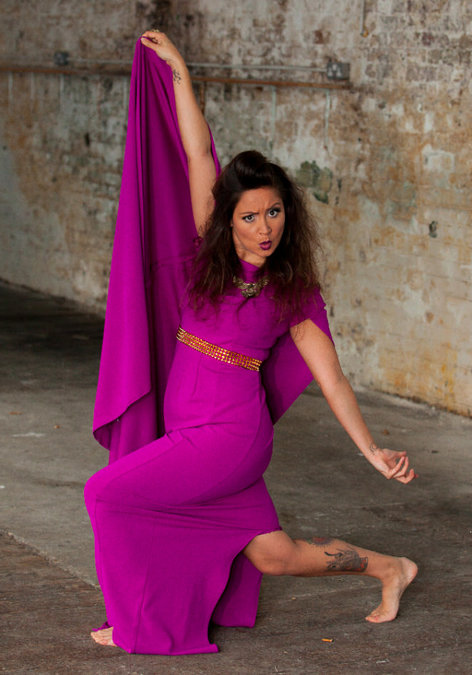 Writing a musical in front of a live audience seems ill-advised, until cabaret powerhouse Victoria Falconer tries her hand at it in Oxymoron. This is essentially a workshop for a musical comedy about identity politics. While that makes it sound like the show should be an under-prepared hot mess, Falconer styles it out like the accomplished artist she is.

And it feels like this honest and expressive performer could entertain anywhere. The venue for the show is intimate – and so is she. There is no barrier between her and the audience; she'll sit in your lap to play the 'musical saw'. (And this is only the beginning of a bewildering array of seductive and esoteric instruments that Falconer has mastered.)

While a comedy musical about a "bisexual, bi-racial farm girl" is not necessarily for all, Falconer maintains a relatable presence. This is an explicitly sexual, boundary-breaking show that never feels creepy, even as our improviser fellates a kazoo to Pony by Ginuwine.

Expect the performance to change each day – such is the nature of improvisation – but with such a consummate artist at the reins, you won't be disappointed.