The very best of Fringe comedy 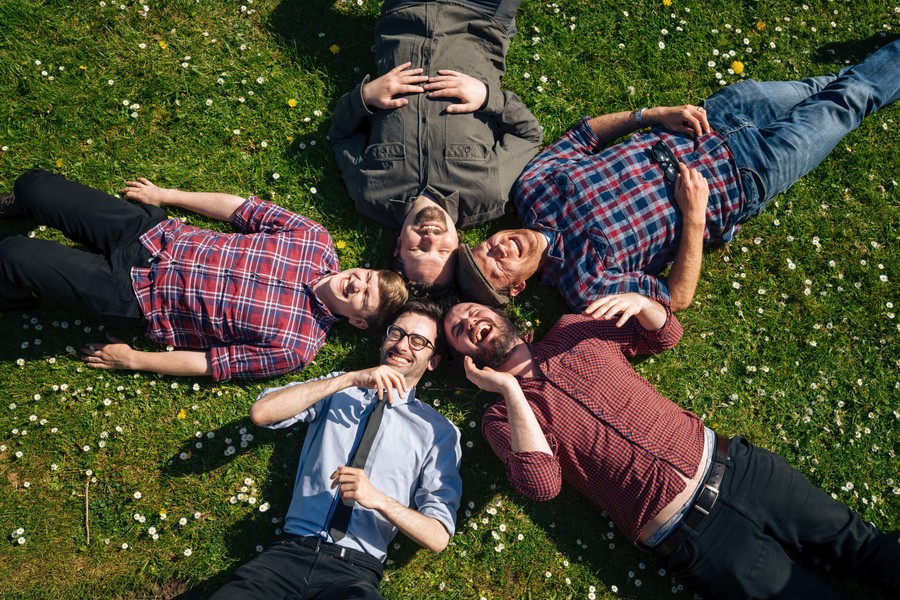 Anne Edmonds: What’s Wrong with You?

With humanity seeming to circle the drain rather than draining the swamp, Anne Edmonds' latest show centres on a road rage clash she endured with a ruddy-faced misogynist. Nominated four times for awards at Melbourne Internarional Comedy Festival, Edmonds’ righteous anger is just right.

Dreamgun are an Irish comedy troupe who, with special comedic guests, put a spring in the step of every Hero’s Journey. With live script readings stuffed with a lot more jokes and wry delivery than you remember, you’ll find yourself appreciating your favourite blockbuster in a whole new way.

After scooping an award during their first run in Adelaide last year, the talented improv troupe return to the Fringe to play a different musical each night. Which musical? That's up to you – they'll make the sound of music with whatever customised title the audience suggest.

Scottish comedian Larry Dean follows Glasgow’s tradition of storycraft. Just like Billy Connolly, he goes from purity to profanity with a clever phrase – elevating this into an artform. His skill in describing the perils of modern relationships have twice seen Dean nominated for the two most prestigious comedy awards at the Edinburgh Fringe.

Zoë Coombs Marr is a comedian of formidable range, physicality and understanding of the artform. Her latest show apparently centres on a teenage memory of a car journey to flute practice. That might not sound like the most exciting description – but it's like if Salvador Dali described himself as a man who sometimes paints clocks.

Bec Hill: Out Of Order

Adelaide-born Bec Hill has carved out a stellar reputation over several years in the UK. Going viral has given Hill quite a following, but it's best to see her live – with her arsenal of down-to-earth props and pun-lovin' routines.

As a star playing Elder Cunningham in The Book of Mormon on both Broadway and the West End, AJ Holmes is now flying solo. His debut comedy show is a one-man musical which arrives in Adelaide after a successful run in Edinburgh.

What’s in a name? Only an identity that pegs you to a certain time and place in the whole of history. In a standup chatshow exploring different naming cultures from all over the world, Tisdell tries to find why baby Beryls are so hard to find these days, when there once a time you couldn’t help but trip over buggies carrying them.