Ange Lavoipierre, Clare Cavanagh and Maddie HW chat about how they got started, the comics they look up to, and their comedy hopes and dreams 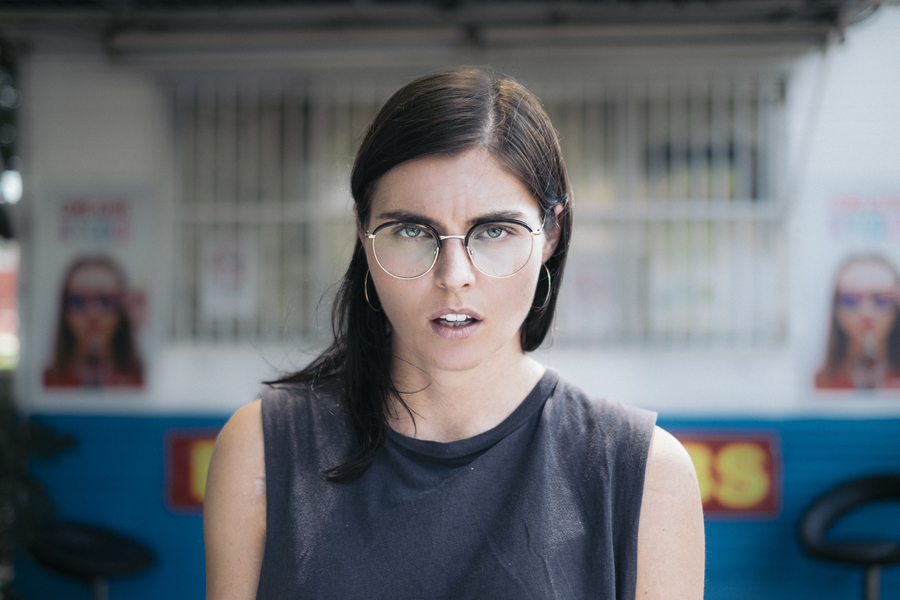 More recently a crop of young independent comics have expanded the form outside of standup to include clowning, slapstick, improv and theatre. Zoë Coombs Marr, Tessa Waters and Demi Lardner have cemented their place in the comedy landscape with genre-busting shows. But who are the next wave to look out for?

This year’s Adelaide Fringe sees a number of exciting new shows with a diverse range of comedic styles.

Clare Cavanagh was studying law until she realised "I only liked it because I thought you got to argue a lot and make big, sweeping, declarative statements. In reality it was just a lot of reading."

After seeing improv shows in New York she was won over by the supportive nature of the art form. "You have to trust the people you’re on stage with or everything falls apart." Her show Literally is "a comedy soup of solo sketches, overly-confident singing and improvisation." She adds: "You can expect a school captain hungry for blood, the personification of queer social anxiety, and a few too many Black Eyed Peas references."

Ange Lavoipierre also says comedy "wasn’t an obvious choice". After years of stage fright she "fell into a bizarre niche as a comedy cellist" before realising "that I wanted to be up the front [of the stage] instead of the back. It took another couple of years to get the guts to try, but apparently it’s super addictive, so here I am."

From there Lavoipierre has built a style she describes as "silly, dark, and verbose" and promises her show Final Form will have many twists: "It’s all about the lengths we all go to in order to be liked, and how honest it’s possible to be with the world."

Maddie Houlbrook-Walk, performing as Maddie HW, also segued into comedy from behind the scenes. "I got my start in community theatre doing lighting and sound operation. I was really bad at it because I would fall asleep during shows. After a while I figured I should probably just get on stage already."

Far from nodding off during her own shows, Houlbrook-Walk describes herself as "a very energetic performer. My show is mostly standup, but there’s some curve ball, fun parts thrown in. The show is all about being unafraid and getting heard."

Asked which comics they love to watch, both Houlbrook-Walk and Cavanagh cite Zoë Coombs Marr and Alice Snedden, performers who Cavanagh describes as "comedians who are unapologetically and enthusiastically themselves."

Lavoipierre and Cavanagh share a love of Anne Edmonds, and Lavoipierre says she admires "comics who muck [around] with form" such as John Mulaney and Daniel Kitson.

Houlbrook-Walk and Cavanagh both draw influence from character-driven comics, such as "the silliness of sketch comedy icons like Kristen Wiig and Vanessa Bayer" for Houlbrook-Walk, and Cavanagh is "a huge fan of Kate McKinnon: her characters are just so weird and wonderful."

Meanwhile Lavoipierre says her dream is simply "to have a career in comedy at all". Given the cut-throat nature of the art form, Cavanagh says she wants to "keep making fun, ridiculous stuff which is truthful." Houlbrook-Walk is most literal in her response: "My dream is to have an audience member fall madly in love with me and for us to begin a tumultuous relationship."

Both Houlbrook-Walk and Cavanagh see further collaboration in their futures, with Cavanagh hoping that working with more artists might lead to screen projects. While Houlbrook-Walk says "I think it would be awesome to see all the incredible, diverse comedians I’m working with represented on the big stages."

Banding together to help keep lifting each other up on stage and off seems an apt way to show the next generation of comics the ways in which women can continue to make their way onto comedy stages and bring audiences joy for years to come.