The Fringe isn't the Fringe without some laughs. Let Fest sort the wheat from the comedy chaff 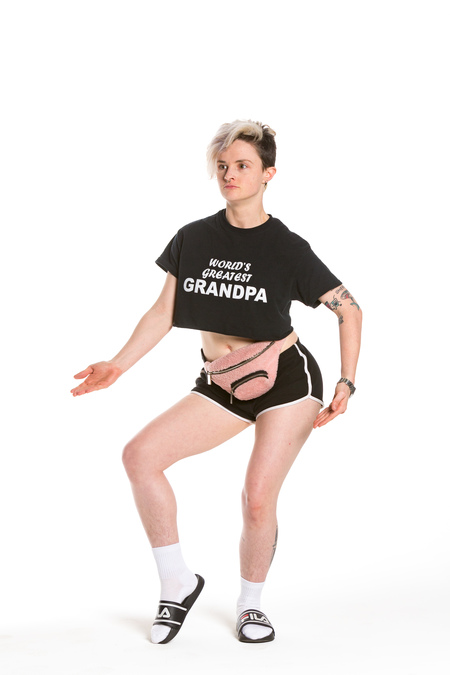 Abandoman’s Rob Broderick – The Musical in my Mind

For fans of The Office, two brilliant New Zealand comics take you inside the drudgery of Ruck’s Leather Interiors – a fictional but relatable business. Trygve Wakenshaw (Kraken) and Barnie Duncan (Calypso Nights) use their unmatched background in clowning to create a wacky hour that's scant on dialogue but high on slapstick and heart.
The Garden of Unearthly Delights, 8.15pm, 16 Feb-18 Mar, not 19, 26 Feb, 5, 12 Mar, $30-38

A member of the illustrious Raw Comedy alumni, Demi Lardner has gone on to win awards including Directors’ Choice at the Melbourne International Comedy Festival. Her offbeat and surreal standup will appeal to fans of Sam Simmons and Aunty Donna, the latter of which she has often collaborated with.
The Garden of Unearthly Delights, 9.30pm, 6-18 Mar, not 12, $20-28

After sell-out shows at the 2017 Edinburgh Fringe, George Glass are back in the City of Churches to make friends and influence people in Scientology The Musical. The five-piece comedy-rock band invite you to test your resilience while having a damn good time.
Gluttony, 10.15pm, 16 Feb-4 Mar, not 19, 26 Feb, $17-27

These Gaulier-trained lasses from Brisbane sing, dance, and clown their way across worldwide stages creating sketch madness full of weird and wonderful characters. Their comedy knows no bounds as they effortlessly breeze between ‘the idiotic and the profound’. Also playing Stirling Fringe on 3, 4, and 6 Mar.
Royal Croquet Club, 7.45pm, 16 Feb - 2 Mar, not 19, 20, 26, 27 Feb, $20-28

An Adelaide Fringe institution. This late night comedy showcase on Fridays and Saturdays is hosted by Mickey D – comedy veteran and crowd worker extraordinaire. The line-up changes every night and has hosted some of the biggest names in local and international comedy such as Dave Hughes, Wil Anderson, Eddie Ifft and Fiona O'Loughlin.
Gluttony, 11.35pm, various dates between 16 Feb-17 Mar, $22-27