The prolific performer returns to Adelaide with a pram in tow 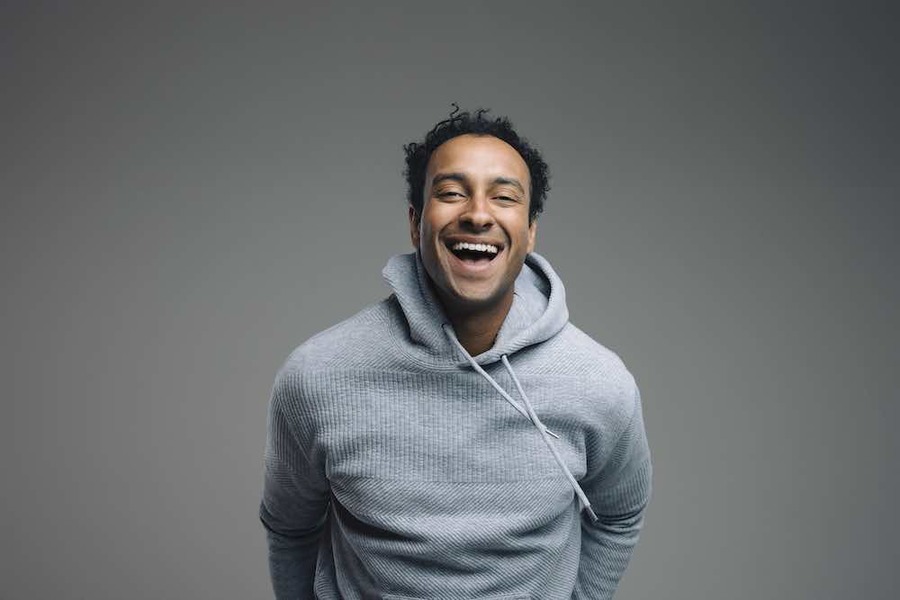 It’s difficult to imagine Matt Okine gets much sleep. An award-winning comedian, actor, broadcaster, writer and author, yet his ascendancy in recent years has been far from a meteoric rise. "I did Raw [Comedy] back in 2004. That was my first ever standup gig, 15 years ago," Okine says.

"I’m not someone who did just one or two gigs a year up until a few years [back] and then decided to take it seriously. I [have been] working hard ever since that first gig." Okine was often doing standup shows on weekends while filming his Stan. series The Other Guy. He says this was both in order to keep working on new material, but also because "standup has and always will be the funnest part of my job."

As both a writer and performer, Okine’s ability to explore big ideas and humanity in accessible and relatable ways is a feature of his success. In his new show – Solo Diner – Okine brings a new experience to the stage: that of becoming a father for the first time.

"It’s about becoming a parent and what that does to someone who’s used to being alone so much," he says. "The responsibilities and the excitement, the love you feel and the pride that you have in this little person. How it makes you realise all the things your parents have done for you just so you can turn around when you’re 13 and call them dickheads."

However, Okine is self-aware enough to know the limits of material he should explore. After recently asking himself whether he should be on TikTok, he concluded: "Stay in your lane, old man.

"That’s literally what I thought. I’ve got a family and a beautiful daughter. I’ve written a book and I’ve got a TV show that people can watch. What more do I want? Do I really need to be making fucking ten-second videos to music on TikTok? Let it go, Matt."

His advice then to people thinking about becoming parents or who are pregnant this Adelaide Fringe? "Have dinner in a restaurant that is tiny, make sure it cannot fit a pram. Sit next to your partner and take hours to eat. Then come see my show, enjoy the whole night. Then go to bed and sleep for eight hours straight."