From houso-kid to comedy queen, chameleon Rosie Waterland tells us about how she's transformed herself through humour 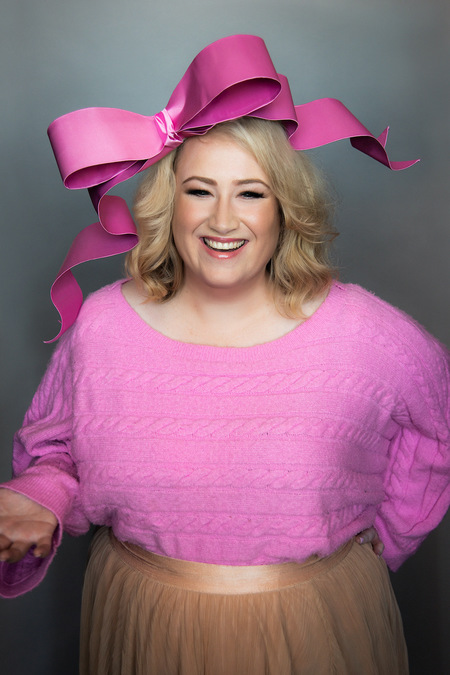 You might know her best as the author of two hilarious memoirs, the genius behind Mamamia’s viral Bachie recaps, an award-winning podcast host and a comedian with two successful shows under her belt, but for Rosie Waterland, comedy is a means of survival.

“To be honest, if I didn't make the misery that was my childhood funny in some way, it would be a bit insufferable to read about, wouldn't it?” Waterland says of writing the difficult subject of trauma in her memoirs. In her new show, Kid Chameleon, she brings these tales to the stage, revealing the shapeshifting tricks you pick up when your mother’s a sex worker, your father’s an alcoholic, and you’re bounced between foster homes.

“Seriously though, humour is how I survive," she says. "If you don't laugh, you'll cry. And a little bit of tragedy always makes comedy better, doesn't it? So I guess I'm lucky I have a lot of tragedy to laugh at!”

While humour might be necessary, for Waterland, it isn’t necessarily cathartic. “People always ask me that, like I'm just word vomiting my diary onto the page or something,” she says. “But accessing the darkest parts of your history and life is gut-wrenchingly difficult, particularly when your childhood was filled with abuse. And to then have to craft those experiences into work that will engage an audience is even harder. But I've been acting and writing since I was a little kid, so if I wasn't telling stories I don't know what I'd do. I might take up cake decorating actually. That looks soothing.”

Waterland is certainly an adept shapeshifter. She’s a writer, actress, commentator and comedian who’s tackled pop culture, feminism, body image and mental health, and now she’s turning her hand to fiction and television. “Well I'm a whore for laughs, and as a performer you learn pretty quickly what is and isn't working and adapt accordingly,” she says. “I definitely picked up that skill as a six-year-old dealing with my crazy parents. But the most important thing really, at the end of the day, is trusting your gut. I've always told my stories the way I want to tell them, even when there's been people telling me it wouldn't work.

"As a kid in and out of the foster system with abusive parents, I had no control over anything. Telling my own stories is how I got that control back. And I'm managing to pay my rent by making people laugh, so that's a positive! Although I live in Sydney, so only just managing.”

As for how she’ll keep shapeshifting into the future? Waterland sees herself accepting both an Emmy Award for Outstanding Writing for a Comedy series, “and Timothée Chalamet's hand in marriage.”