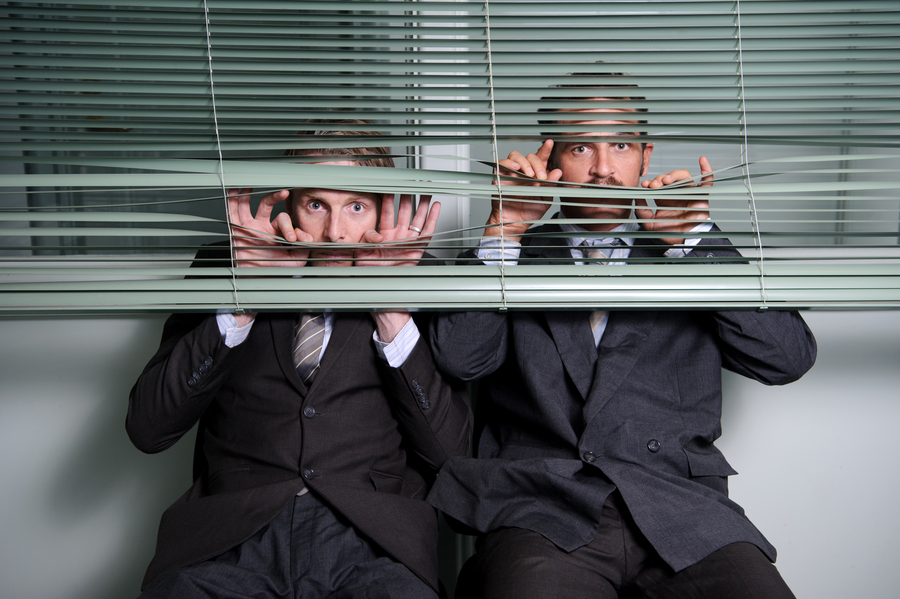 “Imagine a room, covered in skin,” explains Grareth Krubb, the Deputy Account Consultation Specialist for Rucks’s Leather Interiors, over the phone to a potential customer. We’re in their office and things are – well, a little bizarre.

Lampooning the farce inherent to office culture is no new thing; the stage and the screen have been doing it almost since the industrial revolution started putting people in little boxes to keep the bureaucratic machine turning. And Trygve Wakenshaw & Barnie Duncan: Different Party certainly draws on these parody tropes, sending up the inanity of briefcases, paperwork, pens, coffee, business cards, ill-fitting suits and the nigh-on fetishised jargon of sales to the point of meaninglessness.

But when you have two masters of the craft – Wakenshaw’s elastic physicality and Duncan’s straight-faced comic chops – at the helm, Different Party is so much more than just a silly office parody. Their ability to seamlessly switch modes from nonsensical office banter to sheer mime absurdity (sometimes they are birds; their briefcases are dogs; they keep a smashed mug tally; etc) elevates the hour to the sublime.

There’s a certain catharsis in it for anyone who works a mundane nine-to-five, while the freelancers and creatives in the audience can take a voyeuristic joy in watching office behaviour deconstructed to madness – as if the whole thing was created by aliens approximating the ways humans do business.