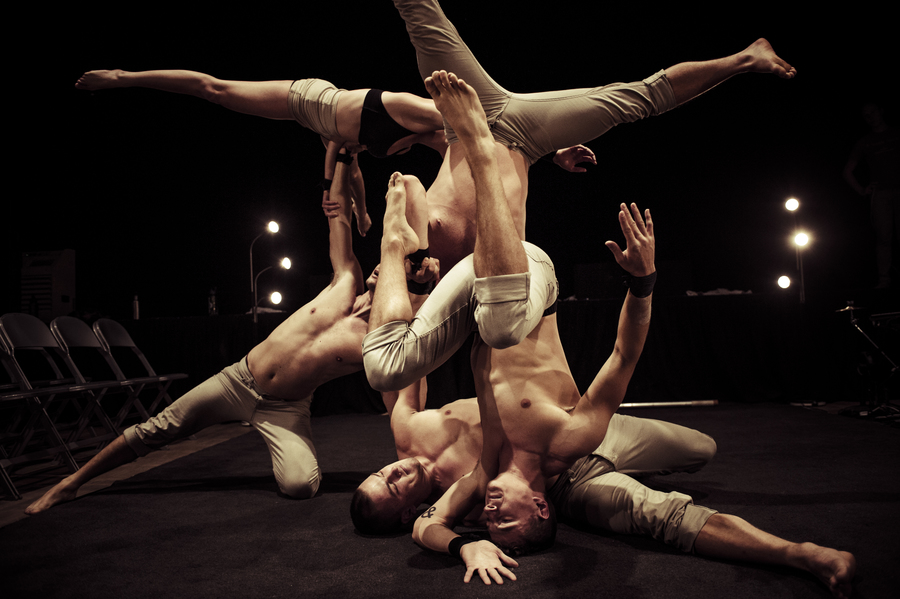 The premise is simple: multiple bodies on an empty square set, allowing for the sheer brilliance and physical ability of the performers to shine. The acrobats themselves flick the corner lights on and off during the show, creating height, depth and emotion throughout.

The choreography of A Simple Space is commendable; a flood of figures writhing on stage, seemingly with no direction, but finessed to the finest detail. It can be hard to catch each gesture due to the constant movement and group work, but often enough an act stands out – literally – from the others. The work is solid throughout and each member of the troupe gets their time in the spotlight.

The piece is paced and spaced by small competitions – who can hold their breath for the longest, or who can make a balloon animal behind their back the fastest – which brings a joyous levity to the show. There’s a good reason A Simple Space has been touring for years. Even though Adelaide's Gravity & Other Myths – the bright-spark company behind the show – have developed newer, bigger productions (the ambitious Backbone premiered at the 2017 Adelaide Festival), this show's core simplicity makes it a reliable winner.