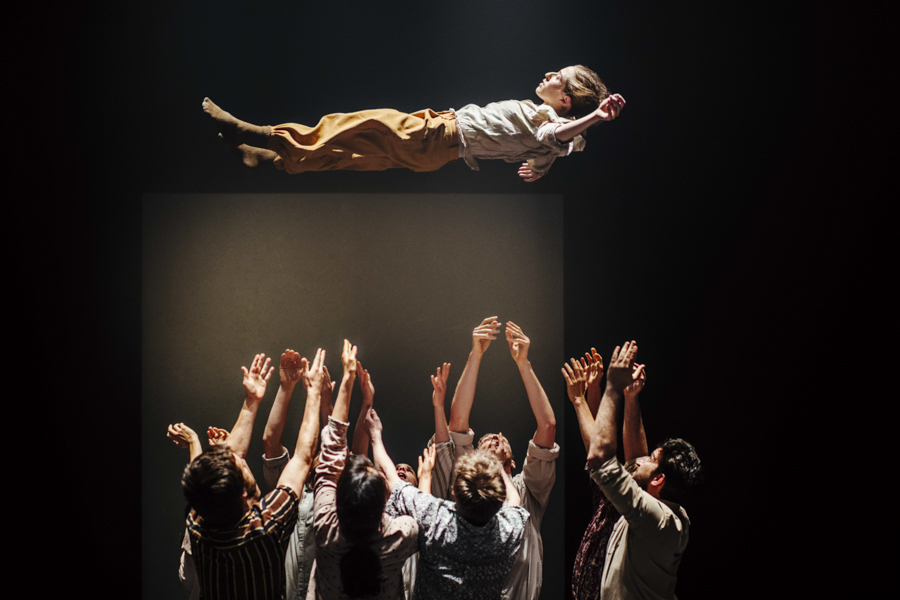 The dance works of Hofesh Shechter come with a heavy dose of expectation. The Israeli-born, London-based choreographer is hailed as a genius who uses the genre in ways few of his colleagues dare.

In Grand Finale he proves himself entirely deserving of the hype. The work is spectacular in the word's most literal sense – particularly with Neil Catchpole and Yaron Engler's music. In collaboration they exploit sight and sound to create a compelling spectacle that ensnares the audience and refuses to let go.

Rarely is dance so compelling. It is an abstract medium and, often, even the best pieces function on a meditative level –introducing the feeling of an idea and inviting the audience to drift through thoughts on that theme. Grand Finale is much more intentional. Shechter's choreography deliberately references movements with which the audience is highly familiar. It takes us from a heaving club dancefloor, to the English Premier League, to scenes of religious ecstasy. And all with an assured understanding of how the body can and does express itself.

In these familiar settings moments of joy are frequent. But, the premise of Grand Finale is not joyful. Instead, these moments of light are overshadowed by the omnipresence of a collection of enormous onstage obelisks that loom over the action and cut between scenes, representing a generic threat towards which humankind seems inexplicably drawn. Along with the heavy, often discordant, electronic music, the eerily re-locating string quartet, and the abundance of scenes in which dancers flop limply these formations speak to the bleakness of a world fallen prey to groupthink, overconsumption, and narcissism.

Sprinkled liberally with humour and warmth Grand Finale is one of the kindest rebukes against humanity's selfishness and indulgence in escapsim from personal responsibility.