Contemporary circus with a message 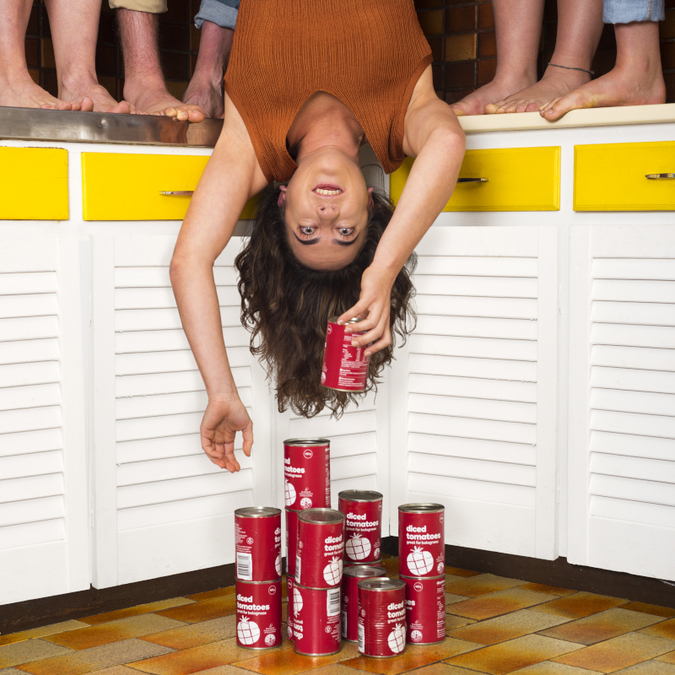 How does a stage lined with tins of tomatoes transform into a compelling circus show?

So begins Social Staples, a contemporary work of circus and physical theatre by the six acrobats that make up Na Djinang Circus.

Using common pantry items as props, the group plays with and provides commentary on issues such as consumerism, wealth distribution, gender equality, body image, and cultural heritage. From solo to group pieces, and floor work to ropes, Social Staples utilises the diverse talents of all six acrobats.

Social Staples is a thought-provoking and physically powerful expression of contemporary Australian politics, but ultimately underestimates the strength of bodies to do the talking.