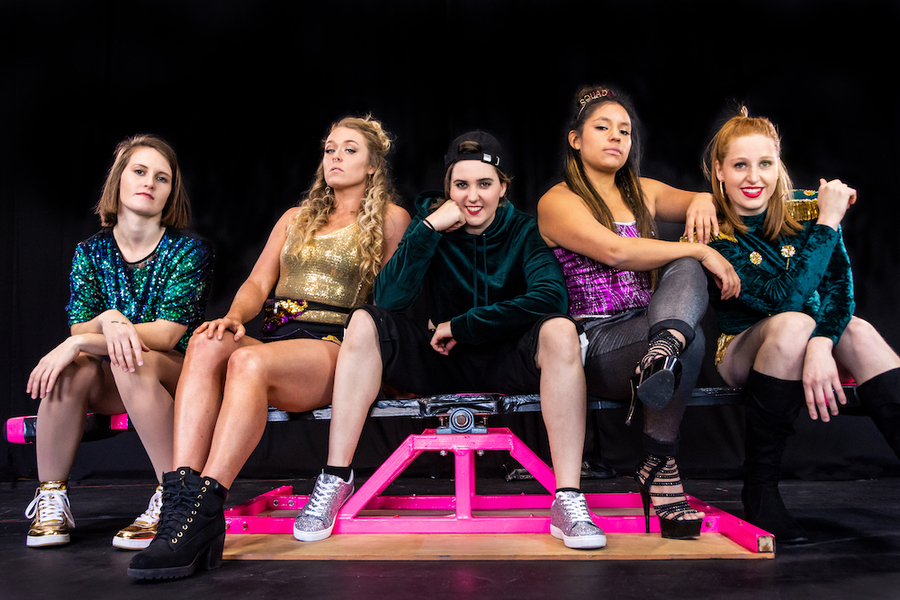 An homage to the cult musical comedy film The Blues Brothers, the five Kenyan performers who make up Circo e dintorni pay their tribute to Dan Ackroyd and John Belushi through spectacular acrobatics and an 80s soundtrack.

'Man versus stationery' is the premise of Branch Nebula's production, which is now roller-balling its way to the Adelaide Festival. Lee Wilson walks a tightrope made of sticky tape and scales mountains of cardboard boxes. We'd highlight the show in the program, but Wilson is probably putting the highlighter to some nefarious use.

Circolombia is a company with a rotating cast of fearless graduates of Circo Para Todos, a major circus school founded to offer opportunities to disadvantaged youngsters in Colombia. This show is a joyous high-energy dance party and circus-concert with a mix of Latino hip-hop and drum 'n' bass.

Follow After Dark Theatre away from the bright lights as they take circus into the shadows for an evening set in the underworld. By turns sultry and electric, Barbaroi is a distinctive, stripped-back spectacle.

A hip-hop circus cabaret featuring some of Australia's best emerging young physical theatre artists. Produced and directed by siblings Anna and Joe Fisher under the moniker The MotherFishers, the pair have already established solo reputations and now combine forces for a project of pure passion.

A fearless display of feminism with teeterboards and gross sideshow acts returns to the Fringe after a successful debut in 2019. The five badass women who make up the BOSS SQUAD are calling out cat callers and smashing the patriarchy with style.

Winners of awards in Perth and Adelaide, YUCK is a seven-piece female crew unafraid of taking on uncomfortable truths. It isn't only their acrobatics which make for a dazzling balancing act, but their ability to fold serious themes into a night of flying circus comedy.