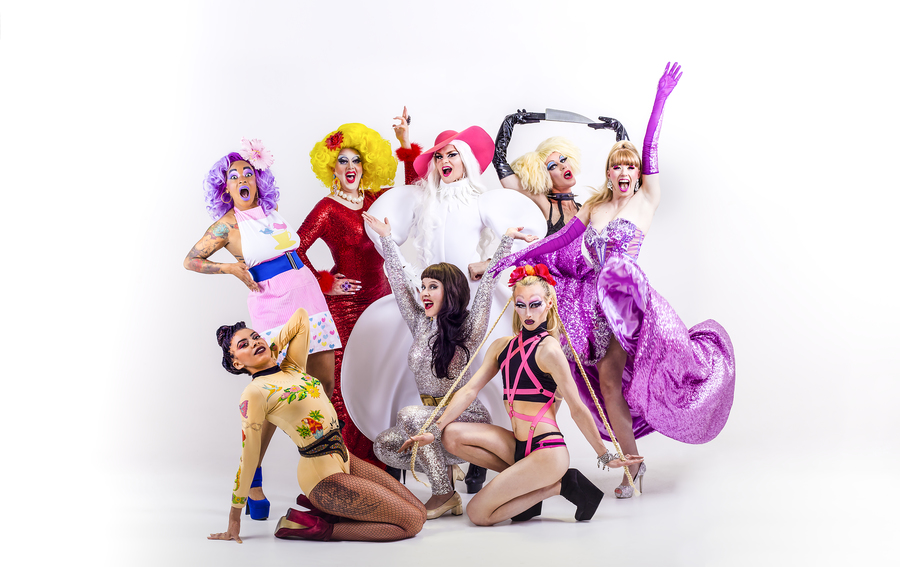 Five drag queens, one circus performer, and one electro-pop singer share a single stage. If you haven’t heard the noise about YUMMY before, you sure will now.

YUMMY is brought to Adelaide audiences by 'director, producer, and drag mother' James Welsby (aka Valerie Hex). It is a fusion of new-wave drag, neo-burlesque, contemporary dance, physical comedy and a dash of old school drag glamour; a variety spectacular that questions the gender binary and turns preconceived notions of 'drag' on its head.

Introducing themselves to the classic, plucked-string sounds of Gwen Stefani’s 2006 hit Yummy, each performer showcases their distinct talents and vivacious costumes in separate skits. So diverse are the acts that it's hard to pick out a favourite – perhaps Jandruze folding herself into a sandwich complete with a mastubatory twist, or Karen From Finance being forced off-script by losing $20 from a money-hungry fan.

If there is a criticism tonight it is only for the audience: the crowd aren't hungry for something so yummy. This is the kind of show that deserves the kind of raucous applause and familial love you'd find in Paris Is Burning, and an audience that celebrates diversity and inclusivity.