Stephen Page, artistic director of Bangarra Dance Theatre, has taken on the role of historian for another year in the Adelaide Festival premiere of Bennelong 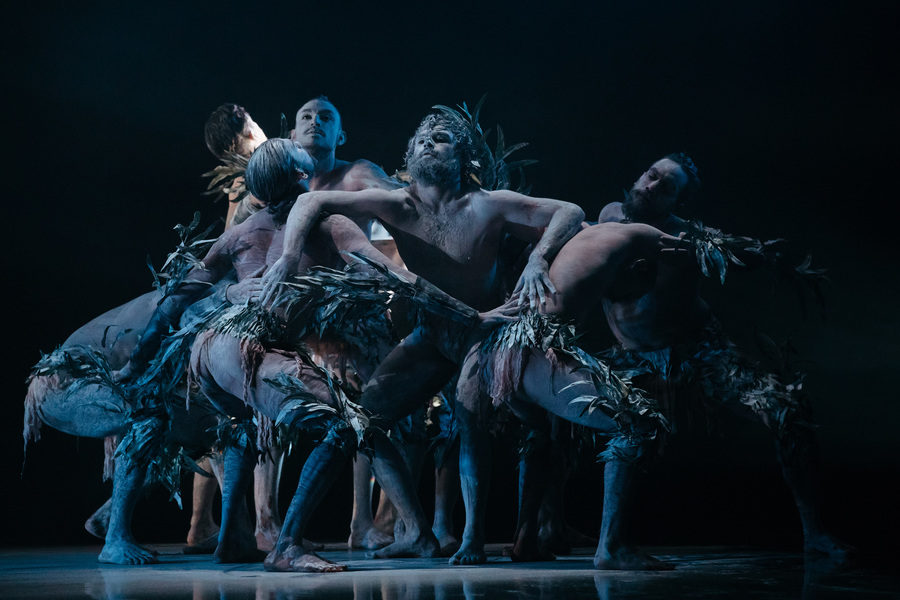 “It’s just great that we could be a part of a festival with Bennelong because Bangarra does one work a year,” says Page. “Because we cross over Indigenous [dance] and present it in this contemporary stylistic way – or creative way – it’s good to be involved in a festival circuit.”

Aside from Bangarra's youth and outreach educational dance programs, it has been four years since the company performed in Adelaide with their 2014 regional tour of Kinship. Bangarra’s means of education, however, stretches beyond that of facilitating student and teacher programs. Now coming up to their 30th year in 2019, they are widely recognised as world-class performers of their craft, using traditional Indigenous and contemporary dance techniques as a platform to enlighten and enrich audiences the world over.

There is a continued importance in Page’s retelling of Bennelong’s life in this well known first contact story, presented by Bangarra’s 18 Indigenous Australian dancers. The production details the life of Aboriginal Eora man, Woollarawarre Bennelong, in this eponymous homage to not only his life and legacy, but also to Aboriginal culture, past and present.

Indeed, Page’s adaptation certainly differs from history books, which are synonymous with the erasure of Indigenous people’s history and overwritten by the colonial perspective. A quick search into these accounts accessible to the curious reader and Bennelong is asserted as an important figurehead of cultural intermediation between his clan and British occupiers. However, in many accounts, he is even labelled a ‘friend’ of his English captors in an insinuation of willing indoctrination into Western systems. This latter part is a narrative regularly touted to normalise the forcible assimilation of Indigenous peoples, and one that Page rejects.

“They are looking at the exterior of Bennelong,” asserts Page. “I don’t worry about the White exterior, I wanna know the heart of him.” Bennelong’s life has been mostly shrouded with ambiguity surrounding the complexities of a man made to toe the line between senior man of his own people and displaced cultural envoy. What Page aims to bring in his artistic adaptation of this significant historical figure is the inner truth so often lost to history.

An Eora man of the Wangal tribe, Bennelong was abducted in 1789 on the orders of Governor Arthur Phillip shortly after the fleet’s arrival in Sydney Cove, New South Wales. It is one of the first accounts of attempted assimilation by colonialist occupiers. The mimicking of this Western society, Page says, proved almost poisonous. What became of Bennelong after his initial indoctrination into Western civilisation remains a divisive argument. On one hand, Page expresses the “loss [of] his spirit and his connection of his own culture” and on the other there is an acknowledgment of a learned man in his own culture as well as another – the first English-speaking Indigenous Australian, cultural envoy of two civilisations, and first Indigenous literary author with penned accounts of his voyage to and from Europe.

Page explains that for him, finding the heart of Bennelong was possible with the “cultural experiences” he has had with elders illuminating traditional knowledge of spirit and connection. The story of this expected leader of his people began before the first fleet arrived.

“He’s very potent in his story,” says Page, alluding to not just the notable events that followed his enculturation but also to his life preceding his capture. “He had five names so he must have been a leader within his own people.”

The consideration behind taking on this momentous piece of Aboriginal history was an approach that Page says has always been a challenging story to portray. “A couple of decades ago I wasn’t ready to tell his story, I wasn’t experienced enough to tell his story,” says Page. “We were able to do this now because we are a much stronger, tough-goanna-skin company to pay respect and homage to that character and to present his story on stage.”

Innumerable literary accounts of the interpretations of who this enigmatic character was, and the ambiguity of his later relationships with his own clan imparts a certain quandary as to the depiction of Bennelong. However, Bangarra uses a medium that far predates written language itself – the visceral language of dance and storytelling.

Bennelong has been spectacularly received since its premiere in June last year, but the resounding reception is but a part of the social change Page continually hopes to incite: “The resilient race of First Nations people in contemporary society – they are reawakened… Aboriginal first nation people around the world are going to now start to reclaim this consciousness. This is all we’re doing through Bennelong, and he’s helped us through his story to do that.”