Beyond the Bricks – Adelaide Getaways

Adelaide comes alive during festival season, and the excitement doesn't stop at the city limits. Around every corner and in every direction there’s something exciting on offer 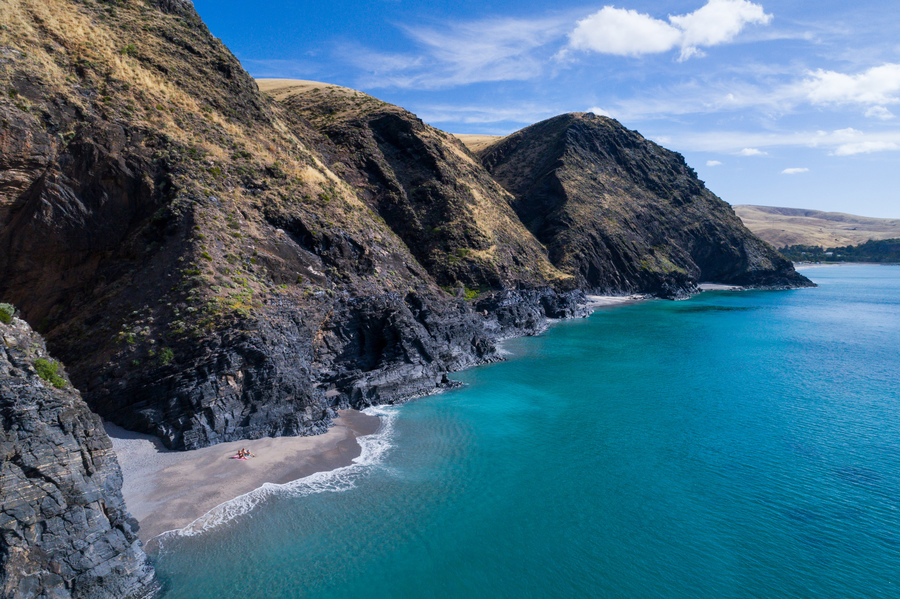 With Adelaide’s central location it’s quick and easy to venture out of the festival bubble of the CBD and into the countryside. From hiking in the hills and exploring rugged beaches, to roaming scenic wine regions and strolling quaint country towns, there's something for everyone.

If you can’t get enough of the arts, Adelaide’s famous Fringe Festival extends much further than the city. Regional Fringe hubs host many events both near and far and have “been one of the biggest areas of growth,” says Adelaide Fringe Director Heather Croall. The idea that the Fringe is only in the CBD is really a “long gone concept,” and with the Fringe growing and expanding throughout the state it’s “become a great excuse for travelling to see a regional centre.”

There are plenty of Fringe activities happening within an hour’s drive of Adelaide in the Barossa Valley, the Clare Valley, the Mount Lofty Ranges, the Adelaide Hills, the Fleurieu Peninsula and the Mid Murray region – all of which have plenty of local attractions on offer too.

Further south there are events on Kangaroo Island, the Limestone Coast and Mt Gambier, and a camping adventure along the Coorong. If it’s a real taste of the outback you’re after, venture north to the Desert Fringe in Port Augusta, or to Whyalla, host of the uneARTh Festival, which Croall describes as “a real festival wonderland.”

“Fringe comes in all shapes and sizes and there’s no one model,” says Croall. Each region works to their advantage and towns are transformed in their own unique ways. The Fringe Caravan plays a role in this too, bringing the Fringe colour to country towns and acting as a backdrop for performers.

With spectacular scenery and unique events, Croall adores the vibrancy regional Fringe brings to the state.

“The great hospitality of the country regions is on display when they have their Fringe activity going on because you get all the community coming out and they love to welcome some visitors along to the event as well.

The draw cards for these regions don’t stop at Fringe events either. Rodney Harrex, the Chief Executive of the South Australian Tourism Commission, recognises that “our regions host an impressive suite of events and festivals, allowing them to highlight their diverse assets and giving visitors an incentive to venture further than the CBD.”

With many regions an easy day trip from Adelaide, there are a variety of activities on offer for all ages and interests. As Harrex says, “from world class wine experiences in the Barossa and McLaren Vale, to the spectacular coastline along the Fleurieu Peninsula, and unique wildlife experiences and premium fresh produce in the Adelaide Hills, there is something for everyone to enjoy.”

If you’re up for hiking, the Morialta Falls Plateau and Waterfall Gully to Mount Lofty hikes offer amazing views of gorges, waterfalls, and the Adelaide CBD. You might even be fortunate enough to share the trail with some wildlife – kangaroos, koalas, echidnas and possums are spotted regularly. Unfortunately it's not exclusively the cuddly creatures, beware of snakes too! If a native animal interaction is what you’re seeking you can be guaranteed a sighting at one of our wildlife parks.

For biking, the Coast to Wines Rail Trail is a ‘great fit for families’, travelling from seaside Marino to historic Willunga and taking in ‘beautiful coastal cliffs and vineyard vistas’ along the way. If this whets your appetite for beaches, the South Australian coast exceeds expectations not only with great city beaches, but also top surfing and snorkeling spots to the south at Port Noarlunga and further down in the Fleurieu Peninsula.

Of course South Australia’s 18 wine regions are not to be forgotten, having earned Adelaide the title of ‘one of the Great Wine Capitals of the World.’ With over 200 cellar doors on Adelaide’s doorstep, you can spend an afternoon tasting in one of the nearby award-winning regions.

Little old Adelaide may be just that, but a plethora of opportunities and experiences are just a stone’s throw away.