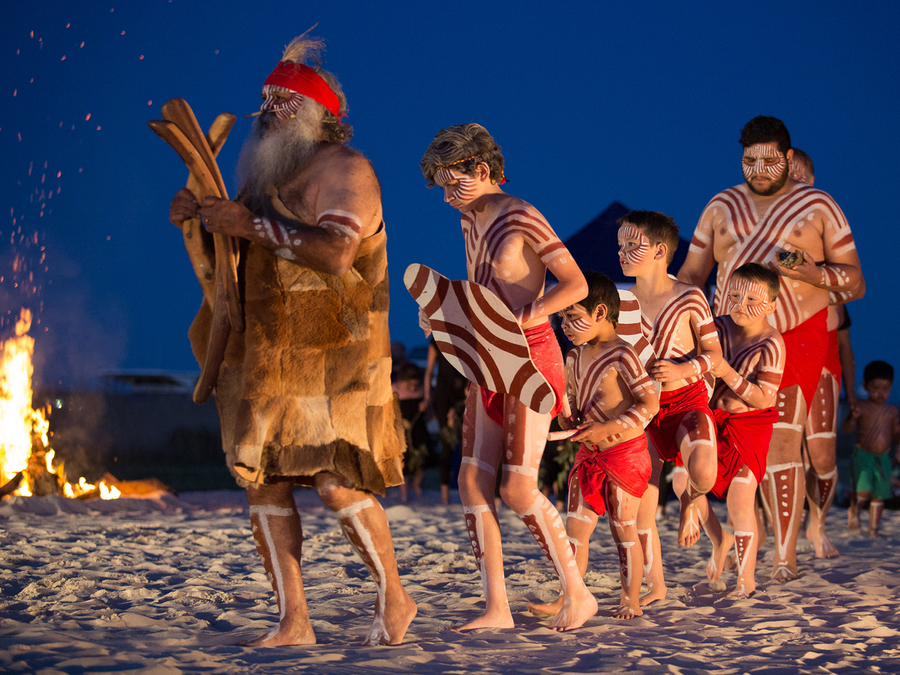 Bangarra Dance Theatre return to Adelaide after four years to tell the story of Woollarawarre Bennelong – a senior Wongal man of the Eora nation who served as an interlocutor between the Eora and the British. The show reinterprets his compelling history through dance and sound, paying tribute to a major force in Australia's past.
Adelaide Festival Centre [Adelaide Festival], times vary, 15-18 Mar, $45-89

Proud Indigenous woman Stephanie Tisdell is ‘heartbreakingly honest and unfailingly funny’ as she provides an insider's guide to what it’s like being an outsider. Identity Steft discusses heritage, what it means to be sorry, and the merits of white guilt vs overt racism.
Gluttony, 8.20pm, 16-25 Feb, not 19, $15-20

The ‘Nunga from Down Under’ is back following a sold-out 2017 Adelaide Fringe season with his show Aboriginal Gigolo. His quick wit, boisterous personality and ‘magical Aboriginal fusion’ is a delight to watch. Also performing at Morello Community Centre on 2 Mar and The British Hotel Port Adelaide on 16 Mar.
Live from Tandanya, 9.15pm, 21-25 Feb, $15-20