Kasey Gambling and Vendetta Vain on their Singular Shows

Interview: Looking out and seeing an audience of one is many performers' worst nightmare. But for some acts this year it's a full house. Fest chat with Kasey Gambling and Vendetta Vain about their one-of-a-kind shows 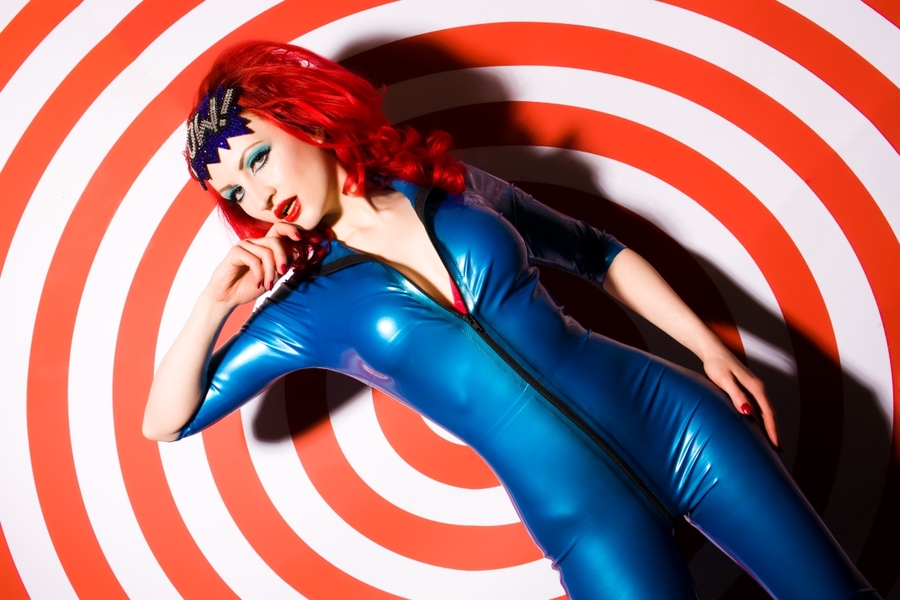 "It's really great to put on the grants and things like that," laughs Kasey Gambling. "But when you're a single audience member show, it's not so hard to sell out."

As the creator of The Maze, which was performed at the Melbourne Fringe in 2016 and 2017, Gambling has spent a lot of time thinking about the pros and cons of the show's unique format.

The Maze attempts to replicate the experience of a solo woman walking around the city's streets at night, and as such is designed to make the audience member feel vulnerable and uncomfortable. Almost everybody who attended the two seasons so far (Gambling estimates the number is between 70 and 80) has found the performance moving. And for different reasons. "For women the experience is more about validation of what they go through just by trying to walk home at the end of the night. And for men, it's more about making them aware of something that they take for granted." But one thing both groups have in common is they've expressed a desire for a version of the show that can be seen by more people.

"Even early on, I was talking to actors when I was developing the show and people were trying to say 'but wouldn't it be great if a few more people could get in to see it? You're gonna have so few people through'," Gambling recalls. Despite the entreaties, she held firm in her belief that much of the show’s power comes from the audience member's isolation.

"I know in theory that would be great but the whole point of the show is that you need to experience this alone to simulate the casual and direct sexism and harassment that women and non-binary people experience in the street. They're often experiencing that alone, so it really was relevant that you too have to be alone."

In response, audience members have sought out connections as soon as the performance is over. Connections both with the performers and with friends to talk about their experience. It means that the impact extends beyond those who attend in person, but putting on a show for one audience member at a time does severely limit its reach.

Of the 21 sessions this Fringe, a number are already sold out. And while there will be a waiting list in case of no shows, it’s inevitable that many people will miss out. Gambling is acutely aware that a very limited audience will be able to experience the work. As a result she has been looking at ways to make it accessible to more people. One possibility is developing a virtual reality version of the show, and the director is receptive enough to the idea that she’s had preliminary talks with some developers.

Another option she’s looking at is reducing the cast, which includes three actors and a stage manager. That would make it easier to tour. But to make it affordable Gambling knows that The Maze also needs outside financial assistance. She self-funded the first two runs, but is able to perform the work in Adelaide this season because she was a recipient of the Adelaide Fringe Artist Fund. Last year’s Dion, which was performed for an audience of three, received funding from the same source and was one of the highlights of the season – The Maze looks set to follow in its footsteps.

Gambling describes a "heightened awareness" among the cast as they react to and interact with a single audience member. It’s true of both audience and performer. The lone audience member has a great capacity to influence the show and that places a responsibility on them to have an active experience rather than just watching passively. For some people that’s an uncomfortable sensation but it can also lead to a far more rewarding experience than simply letting the action unfold onstage.

Burlesque and circus performer Vendetta Vain is bringing the confessional Naked Truth to Gluttony this year. Each session runs for 20 minutes, in which Vain is naked and open, physically and metaphorically, to discuss any topic of the audience member’s choosing. This mirroring of vulnerability between audience and performer creates a space free of judgement, fear or censure.

“The link between physical nakedness and emotional ‘nakedness’ is one of the key concepts behind Naked Truth,” says Vain. In opening herself up physically, she is inviting the audience member to be emotionally open. The relationship which is forged in the short timeframe is important. “I hope that by offering up my own nudity right from the start, it is a gesture towards honesty and trust,” says Vain. “In much of contemporary performance, art nudity is used as a stand in for emotional honesty, vulnerability and the stripping away of social uniforms and status.”

Vain’s aim with her work is to attempt to provide a set of circumstances in which “people feel able to be open and honest”, while also providing a clear end time for security. “I’m interested in how desperate we all are to find genuine connections and intimacy with people,” she says, “yet we are all scared of the consequences of what that level of vulnerability might mean for us.”

Like many one-on-one experiences, the discussion is led entirely by the audience member – Vain is just along for the ride.

“Some people come with definite ideas of what they want to talk about and others come just for the experience,” she says. “Either way I hope audiences leave feeling like they have gained something and had a memorable time.” In such a vulnerable situation, it isn’t unheard of for audience members to delve into personal, and sometimes painful experiences. Vain, however, is well equipped to handle any deep dark secrets her audience members reveal. “I worked for a leading Scottish mental health charity,” she says. “I have a lot of experience in managing the emotions that come from hearing about such intimate and sometimes difficult parts of people’s lives.”

In addition to allowing freeing conversation during the experience, Vain is making an ardent point about the way society influences self perception and identity, particularly in nudity. “When we are naked in our own lives it's in a situation which is either ‘adult’ or ‘taboo’ in some way,” she says. Today’s society and increase in mass media has sparked a new era of body confidence which Vain is hoping to breach. “Being constantly surrounded by media images of ‘acceptable’ and ‘unacceptable’ bodies it can become easy to feel conflicted about your own nudity,” she states, “especially in a new situation or with a stranger.”

Vain’s confidence in her naked self is what drives the awareness in the participant, and ultimately, allows them to move into a confident space themselves. “Naked Truth is such an individual experience for each participant, so ultimately it is about the experience between myself and the audience member at that time.”