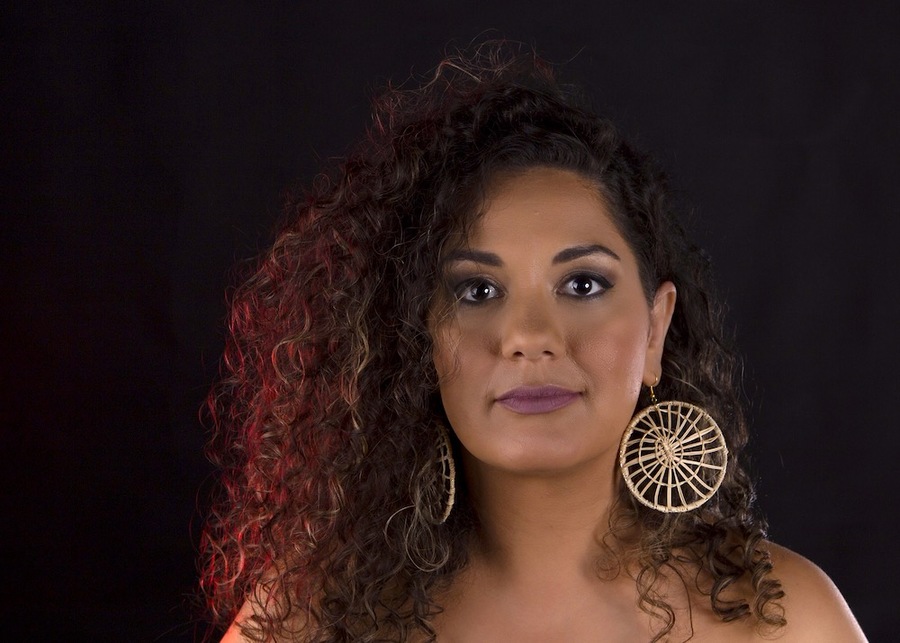 When singer Deline Briscoe returns to WOMADelaide in 2020, she will be singing in the Yalanji language as both a celebration and protest.

"I love the festival anyway, but to be a part of the line-up and to bring some of my culture back to that stage – it's really exciting to present that to a world audience, you know," she says.

For Briscoe, who previously performed with the Mission Songs Project in 2018, and with the Briscoe Sisters in 2006, the Yalanji language both connects her to her ancestral home in the Daintree, and helps her to restore the cultural connections that were stolen from her mother.

"My mother comes from the Stolen Generation," Briscoe says. "She was taken at the age of four, and went back at the age of 17 to find her family. She wasn't able to speak her language growing up – she was severely punished for that.

"When I started learning more, I wanted to remember it. I wanted to preserve it and I wanted it to continue for the next generation, so if ever any Yalanji people are in the same situation as my Mum, where they don't know anything, they've got a song that they can hear, and that can link them to other families."

Briscoe now performs around the world, but her songs transport her back to the Daintree. "When I sing in Yalanji, no matter where it is in the world, I feel like those words resonate with the natural surroundings. Every word is directly linked to something from my bubu, which is the homeland of my spirit. Every single word resonates with the tree, and the tree resonates with the branch – that's the way our language is structured."

Alongside performing her own songs, Briscoe works with communities throughout Queensland, Victoria and New South Wales, helping other people to revive their stories, songs and dances by helping them to compose songs in their own languages.

"For those that have had their languages taken from them, it's a way of taking that back – bringing back the power of those languages for people like my mum, who were never able to speak it. Here I am, singing all over the world in Yalanji, with pride and with strength and with honour, for the culture that I represent."

New to the festival this year is Spinifex Gum, a collaboration between the Aboriginal and Torres Strait teenagers of the Marliya Choir and The Cat Empire co-founders Felix Riebl and Ollie McGill.

Soprano Grace Miller wanted to join the Marliya Choir after she saw her sister perform. "Most of us started off in the Cairns [Gondwana Indigenous Children's] Choir, so we all had experience in singing in choirs, but there's a change from typical choral music to Marliya's stuff," Miller says. "The energy in the performance, the stage presence, it felt like family. Everyone was friendly and kind, and really good performers, and people as well.

"The way most of us were brought up in storytelling, we're able to tell people's stories not just from our community or people we know, but across Australia," says alto Emily Iverach. "We were used to learning the island songs, and learning the island languages for them. And then we learnt the Yindjibarndi language from the Pilbara."

Many of their lyrics are in Yindjibarndi, as well as the choir's name, marliya, taken from the Yindjibarndi word for 'bush honey'. One exception is the song 'Dream Baby Dream', a cover of a cover with a new chorus: "Voice, Treaty, Truth, Now". The choir have used this song to call for an Indigenous voice in the Australian constitution, as recommended in the Uluru Statement from the Heart.

"The question should be: why don't we already have a voice in the Constitution? There's no reason that we shouldn't have one," says Miller. "We have people to speak for us, but we want our own voice. You need a First Nations person to share what we need."

"You need an indigenous person that knows the stories," says Iverach. "Not every community's stories, but their own stories. They understand what each and every indigenous person goes through on a daily basis."

Speaking truth to power is part of Marliya's appeal, says Miller. "'Yurala' is my favourite song, because it's got a real attitude to it. You can really express yourself and ask why, and call out people in the audience, call out people that have done us wrong. And it also has a big story, a very important story of indigenous culture.

"When we perform, people can't shut us down, people can't tell us to stop talking. So when you're performing onstage, you have to tell that story, because there's not many opportunities to do it somewhere else – and who else is going to do it?"

Briggs returns to WOMADelaide as a solo act, after headlining the festival in 2017 as half of AB Original. "I remember it well. It was like, one of our biggest shows we've ever done," says Briggs. "That's how it was, back in the olden days of 2017."

He makes history in 2020, as the first indigenous rapper to return to WOMADelaide. Briggs is only the fourth to play the festival at all, alongside Brothablack in 2003, Baker Boy in 2018, and AB Original collaborator Trials at their aforementioned 2017 gig. But he says it's "not really something you think about".

Briggs adds: "That's not how they present it to me, when they bring me the contract – 'you're the only returning indigenous hip hop artist'. It's some pub ammo, for sure. But I mean, hopefully we'll have more, and that's what it's about. We killed it last time, why wouldn't they have me back?

"It's a real cool festival to do. One of the ones I really enjoy – off the top of my head, you have Meredith, WOMADelaide, Splendour, Woodford – these are the ones that are always a good time, always warm, run by really good people. You like working with them, so you would come back." 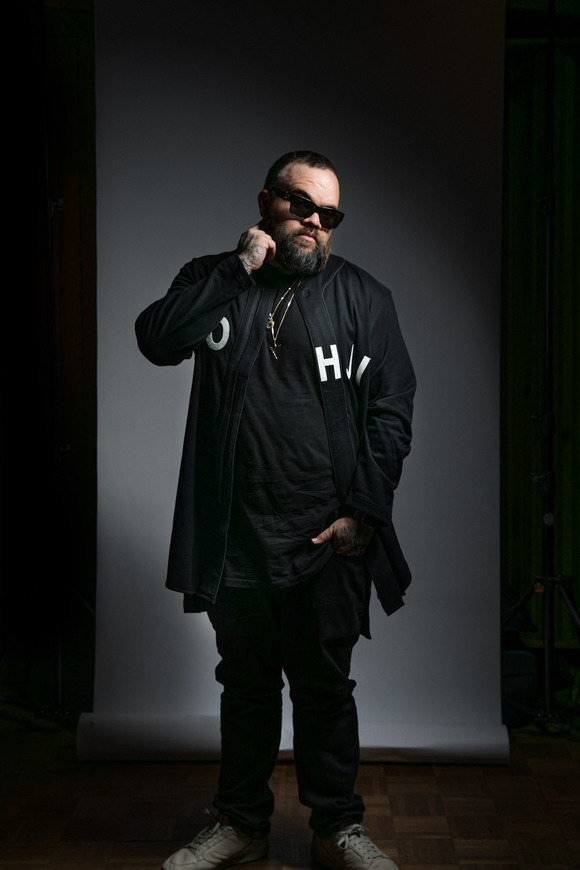 A rapper, writer, actor, comedian, and record label owner, Briggs has a lot of careers for a guy in his early 30s. "It's weird though, because I never had that in mind like 'I'm gonna do that'. It's always like 'man, that'd be cool'. 'Imagine doing that, that'd be sick. Imagine if you got to write TV shows, imagine if you got to be on TV doing comedy, imagine this and that. Yeah, that would be fun.'

"And I guess I just manifested it by doing things I love, and accessing the kind of opportunities that were able to present themselves. Run towards them, and do as much as I can. So long as it's not brain surgery, and nobody's life is in my hands, you can pretty much guarantee that I'll give it a shot."

From taking his family name as a stage name, to bearing Yorta Yorta tattoos on his arms, to rapping about #sheplife, pride in his culture and heritage have always informed Briggs' choices as an artist.

"Our heritage, our culture is our values. You take that with you everywhere you go. So you know, it's not always tangible, what people might think – it's not always paintings and artifacts. It's how we carry ourselves every day, in how we interact, and how we present to the world. You try to present, and lead with respect, and hopefully that's what reflects back."

Does he consider himself a leader? "I guess so, like in the sense of – if you're looking at it on paper? But like, what constitutes a leader, I think, shifts every era, every generation," he says. "There are different leaders at different levels. But you don't get to award yourself that title – that has to come from everyone else around you.

"If you're wondering if you're a leader, or trying to put that on yourself, you're probably not. Because you should be focusing on what a leader would do. And a leader would just get back to work."