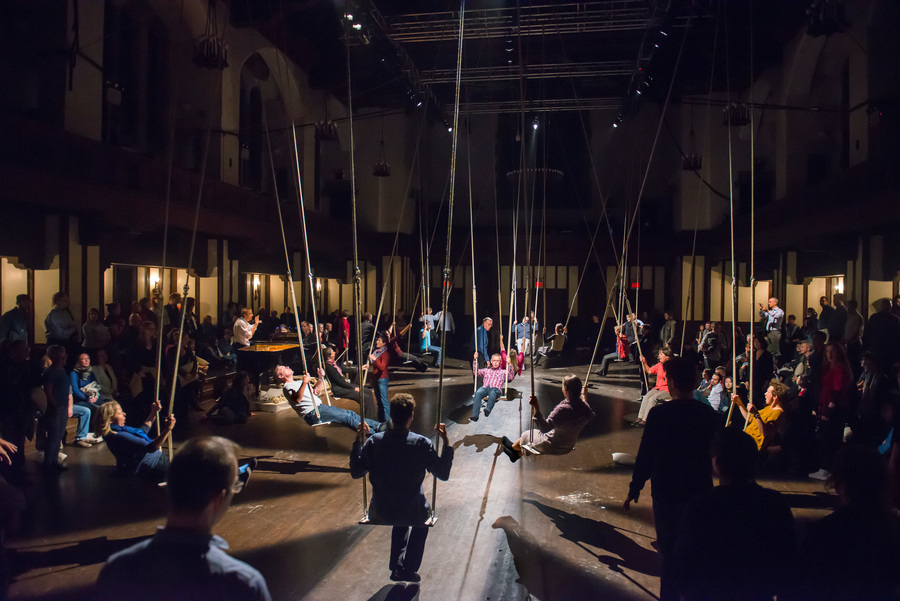 With more energy than the Energizer Bunny, Too Many Zooz will be performing one night only at The Garden of Unearthly Delights. From humble beginnings in the New York subway, the boys have performed with Beyoncé on her album Lemonade and at the Henry Wood Prom Concerts in the Royal Albert Hall.
The Garden of Unearthly Delights, 7.00pm, 16 Feb, $40

This all-singing, all-dancing nine man a cappella group, created by the minds behind The Magnets and the Soweto Gospel Choir, bring their fresh new show to Adelaide after a successful run in Edinburgh last year. Reminiscent of a UK pub gig (bar included), this feel-good night out is full of classic rock songs and singalong anthems.
Gluttony, times vary, 16 Feb-18 Mar, not 19, 26 Feb, 5 Mar, $25-40

Repeat Best Music Award-winner and Adelaide local Adam Page brings another world class act to this year’s Adelaide Fringe after last year's YouTunes. Combining his multi-instrumentalism and improvisation talents with a loop pedal, each performance is utterly unique. Page’s talents have seen him perform on stages across the world.
The Wheatsheaf Hotel, 7.30pm, various dates between 21 Feb-14 Mar, $15-20

Off the back of sell-out runs at both the Adelaide and Edinburgh Fringes in 2017, the uke group is back to unleash their unique style of music with a brand new high-energy show. The four-piece destroys all expectations, demonstrating the potential of the ukulele when played by masters.
Grace Emily Hotel, times vary, various dates between 18 Feb-18 Mar, $18-20

Gawurra Gaykamangu’s genuine and emotional voice has taken him all the way from Milingimbi in the Northern Territory to the national stage having received recognition at the ARIA Awards. Following his sold out national tour, multi-award-winning vocalist Gawurra proves that language is no barrier when it comes to conveying emotion through music.
The Garden of Unearthly Delights, 7.00pm, 15 Mar, $30-35

Local Adelaide powerhouse choir the Gospo Collective return with their latest project, Jackson Vs Jackson, following their hit show Gospolation in 2017. Headed by the exuberant Charmaine Jones-Devasagayam, this talented roster of singers and musicians celebrate of the music of both Michael and Janet Jackson.
Gluttony, times vary, various dates between 16-25 Feb, $30-40

On its 150th anniversary, Brahms' Ein Deutsches Requiem is reborn with this interactive performance at the Adelaide Festival. Songs of death, celebration of life, and mortality bring audiences together with joy and understanding. Move about the space with the Runfunkchor Berlin ensemble and experience an old favourite in a new light.
Ridley Centre, Adelaide Showground [Adelaide Festival], times vary, 14-18 Mar, not 15, $40-99

The Adelaide Festival is once again taking over the Torrens riverbank with The Palais and its line up of national and international artists. Check out Mount Kimble and their woozy electronica, while Lior's performance is sure to be intimate and emotional. Local boys Art vs Science are will have The Palais rocking into the wee hours and The Cat Empire's Harry James Angus will be bringing the brass.
Various venues, times vary, various dates between 6-18 Mar, see events for prices