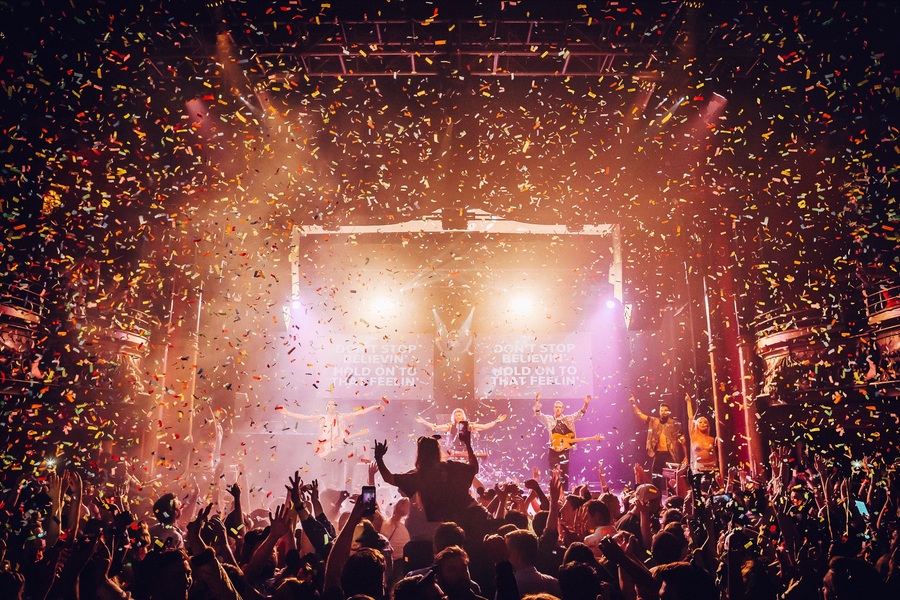 Late night karaoke-en-masse institution Massaoke is back at the Garden. The band play some of the most well-known songs around and the audience are more than happy to come along for the ride. From the Spice Girls to Bowie, Massaoke is high energy and incessant.

The songs and melodies are heavily carried by the crowd. More than once, the lead singer himself has to turn his head around to check the lyrics, which isn't great for the immersion of the performance. Overall the seasoned band are tight, but some of the guitar solos are lost to the bass, which is disappointing given the appeal of Massaoke is its live gig aspect (compared to the tinny 'karaoke versions' of songs we love to hate).

Tonight's guest appearance is the mighty Gingzilla. Though only on stage for a single song, her presence is incredibly commanding – and even somewhat of a relief. Many of the song choices otherwise are arguably a bit trite, with nothing out of left field, though for a feelgood pop extravaganza that's to be expected. The entire crowd are more than happy to dance, sing and get lost in a room full of strangers, and the energy of the space is electric.