Requiem explores the fragility of the human condition 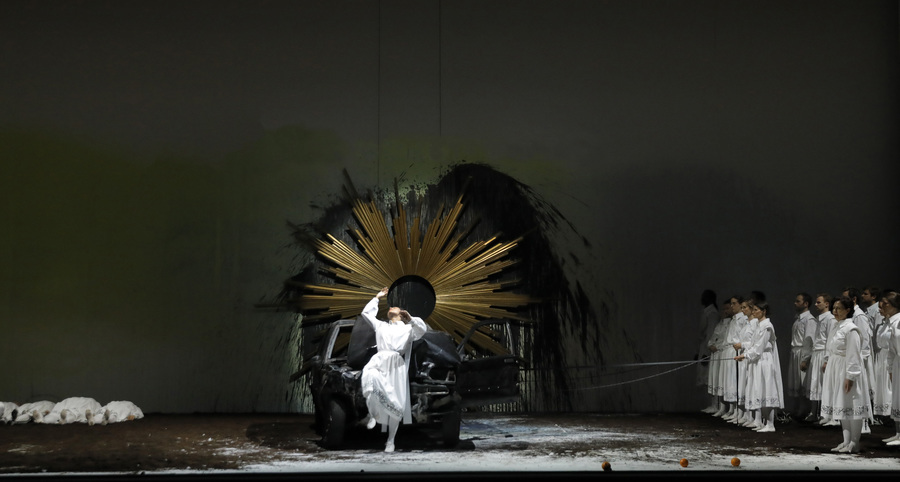 At the age of 35, Wolfgang Amadeus Mozart died. His seminal work Requiem in D Minor – a repose for dead souls – was, ironically, not finished.

Romeo Castellucci recreates Requiem with heady symbolism – a funeral song for life as we know it. He seems to ask the questions: Why do human beings conduct omnicide? Does a God of love and mercy, hear our cry for forgiveness?

Using trickery with the lights and surrealism, Castellucci transforms the space into a sepulchre of sorts – scenes of death are played out, from car accidents to genocide and, in each, the fragility of the human condition and the innocence of the young are central.

There is so much to this piece, it is impossible to unpack in a short time. At some points, the space is overcrowded with meaning – there are scriptures rolling overhead, an Atlas of Extinctions on the backdrop and several separate actions onstage.

Requiem is technically and musically brilliant. In particular, treble Luca Shin and the Adelaide Symphony Orchestra prove themselves a match for Castellucci's ambitious feat.