This riot is set to last 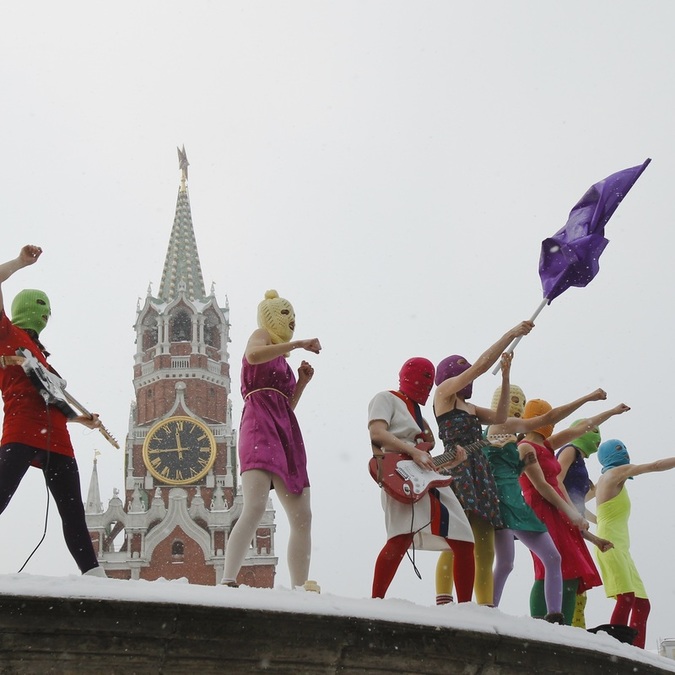 When the final bands were announced it was obvious RCC’s Pussy Riot Live was going to be more than your average music festival line-up.

What emerges is nothing short of a perfectly curated political rally. A rally calling for optimism and resistance in the face of a resurgent global right-wing.

Reverend Billy and the Stop Shopping Choir lead the charge, laying out a blueprint to confront the world’s self-destructive consumer habits and conservative ascendancy through their alt-Baptist sermon and song.

Cash Savage and the Last Drinks and then Ecca Vandal follow with the firm message that the future of Australian music is led by women. Savage’s bar room brawler swagger and Nick Cave/Dirty Three-inspired rock and Vandal’s high energy stage presence and Rage Against the Machine-intensity easily win over a crowd who are here, primarily, to see Pussy Riot.

Yothu Yindi's call for country, identity and recognition of indigenous people worldwide, energises the audience with their groundbreaking blend of traditional song, reggae and 90’s techno. After their 90’s hit ‘Treaty’ brings the entire night's line-up, and more, to the stage it is hard to imagine any other outcome except a free West Papua, an Australian republic and the full recognition that Indigenous and Torres Strait Islander’s deserve.

Closing out the night, in a world first (and maybe last), all four original members of Pussy Riot join together to share their experiences fighting Russian institutional misogyny. The audience is a little unsure at first about what to expect from a band more famous in the West for their political activism than their actual music beyond a veiled ‘punk’ label. As such the crowd seem somewhat stunned by the experimental dance and electronica introduction from founding member Anastasia Ashitkova. Ashitkova's confronting tribute to Eric Garner (who died while being restrained by US police in 2014) accompanied by real video footage and repetition of his desperate last words, ‘I Can’t Breathe’, managed to shake awake the audience from their initial trance.

As if in extreme contrast to the deep sense of hopelessness, brutality and injustice of the Garner killing, an old school Iron Maiden/Slayer-inspired instrumental introduces the second part of the performance, an electro-metal set that included all four original members of Pussy Riot and a version of their Russian realpolitik anthem, ‘A Russian Prayer’.

As a protest, Pussy Riot’s traditional shows are usually short, one song public invasions. This performance not only seamlessly sows their varying influences, styles and visions together but as an extension, the entire night manages to marry diverse messages, genres and issues into a powerfully coherent blueprint of hope and resistance.