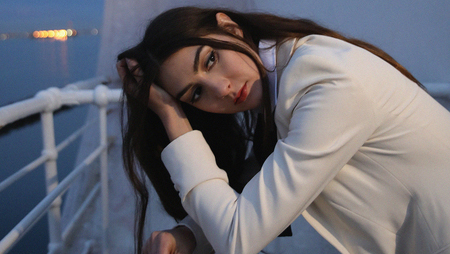 At this year's Writers' Week, Australian literary giant Helen Garner spoke about a stomach-churning, gendered criticism that was regularly levelled at her as a young writer.

Curiously, this same commentary could be used to critique almost any pop musician that has ever risen to prominence. But, it’s rare to hear Blur questioned about being too quotidian on their song 'Coffee and TV'. And no one would doubt the genius behind Erykah Badu’s entirely mobile phone-themed mix tape But You Caint Use My Phone.

The music of Weyes Blood is like a hyperextension of the everyday poetry that can be found in Garner’s writing and in the lyrics of pop musicians throughout the decades. Weyes Blood’s studio albums are littered with seemingly mundane subject matter. Such as in the lines "I love the movies" ('Movies') and "Drank a lot of coffee today / Got lost in the fray" ('Something to Believe').

These fragments of life aren’t simple descriptions. Underwritten by Weyes Blood’s complex compositions, they transform into bywords and symbols for difficult emotions and moments of piercing truth. On studio albums, this makes for a finely tuned and cathartic listening experience. But, when Weyes Blood performs live a new and crucial element transforms her music once more.

Her voice is extraordinary. Even among regular listeners at The Workshop – many of whom could be heard muttering versions of “I just LOVE her” before she appeared – the live reality of her voice is still a shock.

In its clarity and strength, Weyes Blood’s singing feels surreal. Even while watching her perform, it seems unlikely that someone could use their body to make sounds of such quality, especially with ease.

This remarkable talent, and the dry wit between songs, brings her art to a heightened level. No longer do these songs dip in-and-out of poetic moments from everyday life. Instead, they are epic expressions of the emotion tangled up in existence.

It's a unique talent that brings fresh meaning to the trappings of daily life and places placing her beyond the reach of contemporary musical comparisons. She, like Garner, may well encounter extra and unwarranted criticism as a result of being a talented woman in a sphere sometimes jealously guarded by men. Yet the strength of her live performance makes Weyes Blood unassailable – ensuring her art will be remembered for far longer than the snide remarks of her critics.