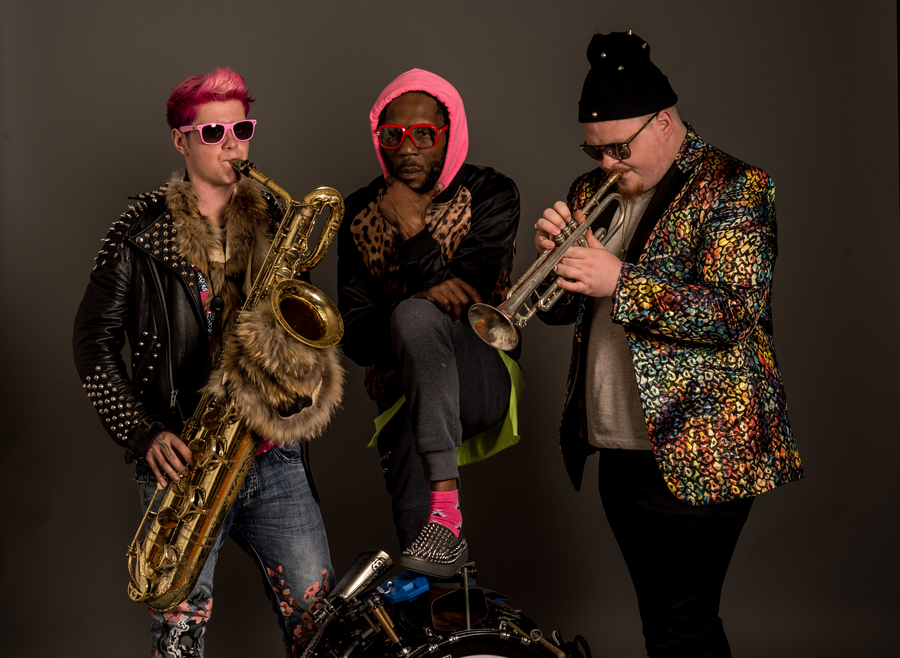 Too many Zooz
By Connor Jervis-Hay
Published 17 Feb 2018

Musical shows at the Fringe tend to cross over to other genres, such as comedy or storytelling, but the New York jazz three-piece Too Many Zooz come right at you with nothing but their unique sound. Using only a saxophone, trumpet and a standing drum kit, they know how to start the night’s party. This was a one-night-only performance, and a truly spectacular one.

Individually, each performer demonstrates masterful control of their instrument, creating sounds and playing styles you wouldn't think were possible, but together they are able to craft a setlist that really shows off their talents. Once they get started there is no stopping them, leading us into a trance-like state. They just keep playing, with no breaks between songs and barely pausing to introduce themselves. The party doesn't stop.

The only thing that detracted from the atmosphere – though hardly a criticism of the trio on stage – was the lack of space to dance. You could tell that there were many who wanted nothing more than to bust a move but were confined to their chairs. Regardless, Too Many Zooz are the perfect night starter, setting the tone for an unforgettable Fringe experience.

Too Many Zoos, The Garden of Unearthly Delights, run ended.