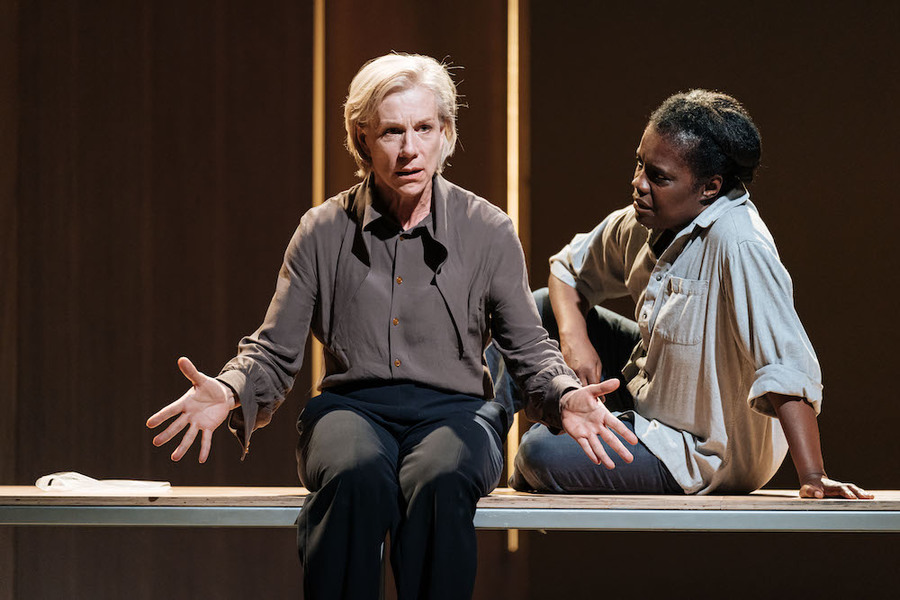 With a 14-year-old on her hospital deathbed, a priest becomes intent on saving her soul. It falls to Dr Wolff to decide if he should be allowed into the hospital. Based on an obscure Arthur Schnitzler drama from the early 20th century, this retelling gender-swaps the protagonist and probes both medical and ethical dilemmas.

Do you remember your first time? The heaven and hell of teenage love and obsession is often safely repressed, but in Post-Mortem deep longings come to the surface as two former sweethearts endure a reunion, meeting again at a best friend's wedding.

The loudmouthed Bri was aptly nicknamed 'Gobby' by her friends. But what story is this chatterbox not telling? A drama told through five separate parties, each which had a profound influence on her current situation. A one-woman play written and performed by Jodie Irvine, Gobby comes to Adelaide after a run at the Edinburgh Fringe.

A play inspired by Cambodia's S-21 prison, and drawing extensively on real documents and interviews, a photographer, May, charts a rebellion among the inmates. The script picked up an Amnesty International award when it was first performed a little over a decade ago. It is revived in Adelaide by Perth's Feet First Collective.

After garnering critical acclaim in Edinburgh, writer Kit Redstone brings to Adelaide a semi-autobiographical and bleakly comedic story of how a fragmented and dissociated mind protects itself.

A failed middle-class playwright moves back to her parents home in humiliation, but a chance meeting revives her spark for writing through a friendship with an artistically gifted and troubled working class teenager. But is her newfound success hers or his?

Frankenstein: How to Make a Monster

A gig theatre retelling of Mary Shelley’s classicnovel from the Battersea Arts Centre’s Beatbox Academy; a London based collective of emerging artists from all backgrounds between the ages of 19-27. A runaway success from last year’s Edinburgh Fringe.

Tammy Anderson relives the heartbreaking story of her early life in Tasmania. Since she premiered I Don't Wanna Play House in 2001 the play has toured the world over many years, doing much to raise awareness of domestic and child abuse.