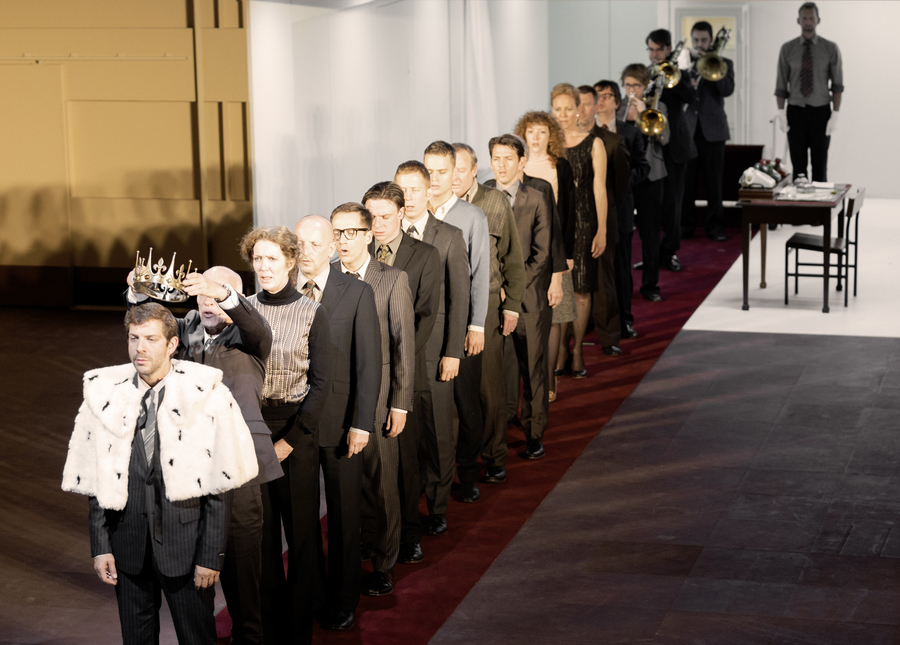 19 weeks sought out an extended season in 2017 after its initial run quickly sold out. A true story of one woman’s decision to terminate her unborn child after it had been diagnosed with Down's syndrome, this is a memorable show that brings humanity and nuance to a confrontational topic.
Adina Apartment Hotel Adelaide Treasury, 8pm, various dates between 27 Feb-17 Mar, $30

A (literal) backseat car ride takes you into a world of surrealism, voyeurism and heartbreak. Experimental theatre with queer undertones, and transported from its home in North Melbourne, Dion looks set to take intrepid punters on a roaming experience that will afford plenty of surprises and cast familiar territory in a fresh light. Meet on the steps to Raj House.
RAJOPOLIS at Raj House, times vary, 23 Feb-9 Mar, not 26 Feb, 5 Mar, $35-49

In this era of ongoing reckoning, Adelaide's State Theatre Company have recruited master playwright Patricia Cornelius to pen a vital, excoriating exploration of violence against women within Australian football clubs. This is necessary confrontation; see it and be challenged.
Odeon Theatre [Adelaide Festival], times vary, 27 Feb-18 Mar, not 4, 11, 12 Mar, $34-66

Think Thatcher, revisited, but told through the lens of Trainspotting-era rave culture and depicted by three performers who are not Ian, but who know Ian, and are here to recreate his glory days. This ’technicolour trip’ (and cult Edinburgh hit) promises to be a bright and bold experience that draws both stark and fun parallels between past and present.
Gluttony, 9.50pm, 16 Feb-18 Mar, not 19, 26 Feb, 5 Mar, $20-28

Fest editor Laura Desmond brings her one-woman show home after touring Edinburgh and Melbourne in 2017. This confronting performance ‘takes the audience on a voyage through the musings of a woman fighting social pressure, discovering self-worth and understanding what it means to have ownership of your own body’.
Various venues, times vary, 15 Feb-11 Mar, not 19, 26 Feb, 3-7 Mar, $10-20

Playwright Henry Naylor is well known for his hard-hitting Arabian Nightmares trilogy, in which disquietingly evocative performances are balanced against vivid monologues in order to tug at the soul and provoke the mind. Borders is sure to lend the same blend of boldness and subtlety to its exploration of refugees and the Syria crisis.
Holden Street Theatres, times vary, 13 Feb-18 Mar, not 19, 26 Feb, 5, 12 Mar, $17-28

This East London council estate narrative certainly struck a chord in Edinburgh last year, where it collected a number of five star reviews and a handful of awards. Think Shakespeare meets gruff London geezers, all told with the political bite of protest; we loved its "glorious, rolling swagger" in 2017.
Holden Street Theatres, times vary, various dates between 13 Feb-18 Mar, $18-28