Interactive Theatre: The Audience as Director

A far cry from traditional theatre, many shows break the fourth wall, with some removing it entirely. Fest investigates why interactive Fringe shows are on the rise 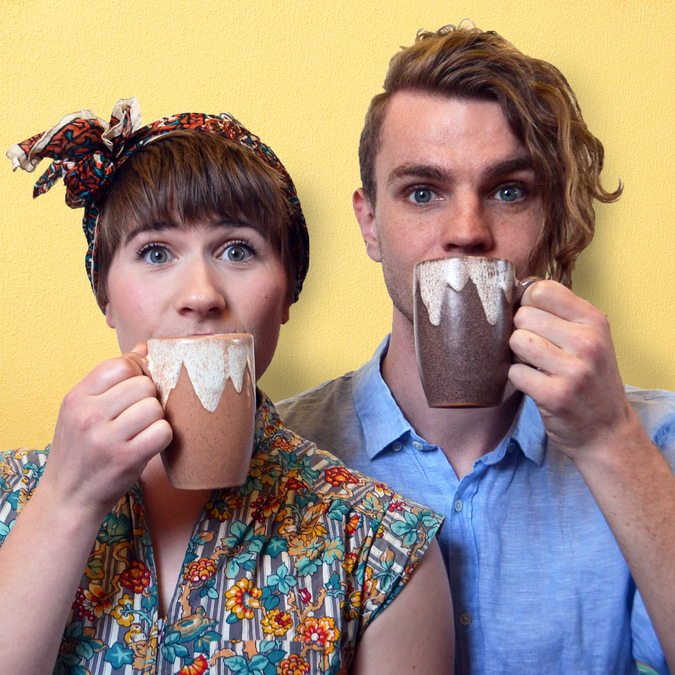 Audience interaction used to mean a drunk heckler in the back row. A spontaneous retort could elevate an otherwise sedate standup set, and some comedians build their careers on a reputation for snappy comebacks. But too often those interactions end in humiliation, either for the comic left speechless onstage or for the upstart cut down for interrupting the show.

Over the last few years, a different type of interactive performance has gained popularity, one that does away with the stage altogether and invites the audience to be a part of the performance.

That's exactly what Catherine Holder offered last year with her show Sonder, a performance that invited one person at a time to join her and make a bed. The single audience member helped to determine the direction of the show through their decisions and the discussions that followed. It was an attempt to bypass the technology that mediates so many of our interactions and connect with a stranger by finding the things which unite us rather than divide us.

Sonder won't return this year, but Holder will, and her new show Cafe Play! is also performed for a single audience member. She and Pearce Hesslin will take turns as the sole performer, though the setting has moved from a private bedroom to a very public CBD cafe.

As Hesslin explains it, the show is “literally just them sitting opposite us at a table in a cafe.

“There's a script, it's kind of a guided show so we have several directions that the audience can push us in, and we change the story depending on what they're talking to us about," he expands. "It's a show for one person so it's their show, really.”

Every audience member brings something different to the table (so to speak), which keeps both participants in the show equally engaged and the improvised format means there's no pressure to follow a script. “Because it's just one performer and one audience member, there are no real mistakes happening; it's very forgiving. There's no audience watching them making the decisions.”

Though it's in a public space, the other people in the cafe will be unaware that there's even a performance happening. Rather than breaking the fourth wall, it's as if Holder and Hesslin temporarily remove it to bring the audience inside.

Hesslin hopes that this will make the show less intimidating for audience members. “If they don't have any pressure on their plates then it will be much easier for them to get involved.”

Another show that relies heavily on audience participation is Werewolves, which debuted in Adelaide last year. Designed for an audience of 20 rather than one, Nick Phillips plays gamesmaster for a session of the popular parlour game.

Phillips has a background in fine art sculpture and designed computer games for many years. But despite his artistic background, he's always been more attracted to immersive gameplay than aesthetic beauty.

It was this that first attracted him to Werewolves, which was adapted from a teaching tool designed by a Soviet psychology student. The concept is simple – audience members are divided between hapless villagers and the werewolves who attempt to eat them each night. The two groups are indistinguishable and through interaction and guesswork, the villagers must attempt to discover the werewolves among them.

Phillips used to organise sessions of the game for the staff of Sheffield Doc/Fest film festival that his partner ran in the UK. His partner is Heather Croall, now the CEO & Festival Director of Adelaide Fringe. She encouraged him to turn it into a Fringe show, and the result was a sell-out season last year. He added more sessions, which also promptly sold out, and then the same happened in Edinburgh.

“There's a group of artists that came to play Adelaide a couple of times and then in Edinburgh they all came again. Now they're all talking on Facebook about coming to play Werewolves again.”

So why the repeat visits? Every game is different as it relies on the individuals who turn up – it's essentially a psychological experiment with no controls.

And once again, as well as being driven by the audience, Phillips ensures that the interaction takes place in a gentle fashion. “It's not like you're getting asked to come up onstage in front of everybody. Everyone's in the same boat.”

Everyone who attends becomes an actor with a potential secret to hide, and a vitally important part of the performance. Perhaps this is the secret behind the popularity of interactive shows. The Fringe is an open access festival and anyone can put on a show, but why go to all that trouble when you could simply direct someone else's?