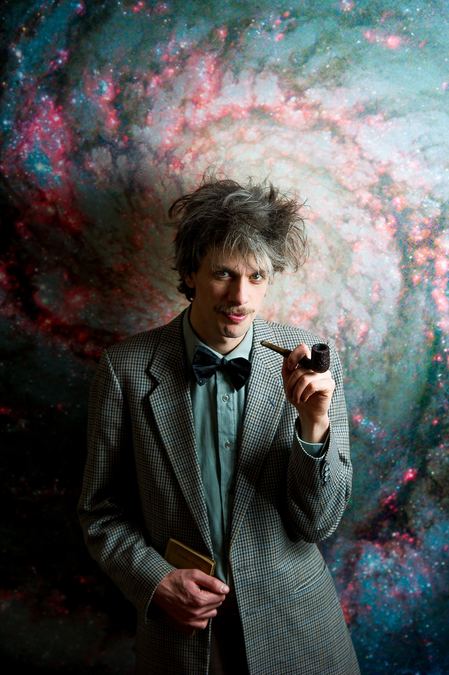 Special relativity isn't so tough to follow when you hear Albert Einstein tell it himself in Albert Einstein: Relativitively Speaking, an exuberant and illuminating insight into the life of perhaps the most popular scientist to ever live. John Hinton transforms himself into the great physicist with a little talc in his hair, a heavy German accent and a contagious enthusiasm to share his discoveries.

This instalment of Hinton’s Scientrilogy delves into Einstein's theories, his family life and his deep regret about allowing his work to create the atomic bomb. Continuing Hinton's irreverent approach to the great scientists, this show strikes a good balance of educational audience involvement and tongue-in-cheek comedy. Albert Einstein: Relativitively Speaking is pun-filled and nerdy but also deeply humanising, and makes a point of reinserting the contributions of Einstein's first wife Mileva Marić.

The full Scientrilogy featuring Marie Curie (The Element in the Room) and Charles Darwin (The Origin of Species) is running at Holden Street Theatres until the last week of Fringe. With a rap version of the famous equation E=mc2, Albert Einstein: Relativitively Speaking is a witty show that doesn't take itself too seriously. Of course, nothing puts the 'relative' in relativity like marrying your cousin...