Maddie Rice on Fleabag: Stage to Screen and Back Again

Fleabag is now best known as the BAFTA Award-winning BBC and Amazon series, but it started life as a one-woman theatre show. That show continues its run to Adelaide this Fringe, with Maddie Rice taking centre stage 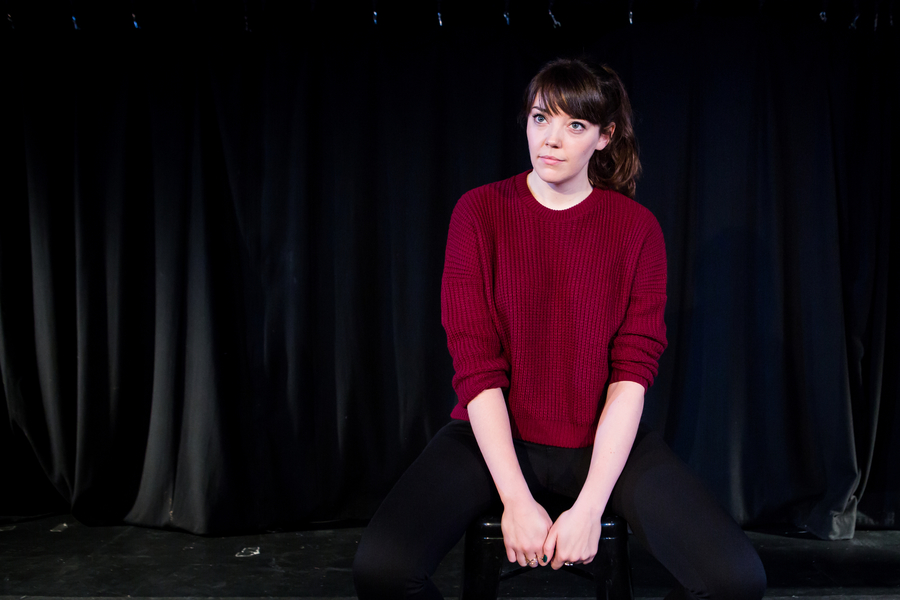 "I went to see it in Edinburgh, just as a normal person, without knowing anything about the show or about Phoebe [Waller-Bridge, the show’s creator], and I loved it," says Maddie Rice, star of the new one woman production of Fleabag. "I thought it was so funny, and so tragic, and I remember thinking at the time 'I’d love to play a role like that' because it felt so rare to see a woman speaking like that on stage."

Asking Rice about the differences between the stage and TV shows she speaks about the strength of Waller-Bridge’s writing to translate to both forms, particularly in moments where Fleabag speaks directly to the audience.

"I remember when the TV show came out, thinking it’s amazing that [Waller-Bridge] can achieve this without that direct audience reaction straight away."

It’s this connection between Fleabag and the audience that is at the heart of the show. The ability for the audience to see and hear a woman being vulnerable, saying things that we do or think but rarely say out loud. This is what excites Rice so much about the role, and gives her the energy to perform it night after night.

"I think the biggest thing is that it feels like a great opportunity for an actress to play a character that’s real, and it’s not a girlfriend or some male-gaze smaller role. It’s a very flawed, very real, very funny and very sad character, and you get to see her on a big journey. I think it’s just so exciting because parts like this don’t come around very often, and they should."

In the last episode of the TV series, Fleabag says: "You know, everyone feels like this a little bit, and they’re just not talking about it, or I’m completely fucking alone which isn’t fucking funny." It’s this honesty and reflection of women’s lives that connects with audiences, according to Rice.

"[Fleabag] shows a woman who is struggling with grief and depression and living this mad sort of life in a city where you can’t afford anything and you feel really lonely and no one is there. But she’s using this power over men to try and save herself, and so when you’re watching her you suddenly see that it’s an option for us and a way to protect ourselves like, 'yeah, I’m fucking everyone' or 'yeah, leave me alone', but actually it’s really sad and that shouldn’t be the only way to feel powerful or protect yourself.

"What makes it so exciting and why you go and tell all your friends to go and see it, is that there’s not really a lot of other theatre that’s like this. There’s an element of standup to it – it’s a character sitting down on stage telling you a story, but that story has numerous jokes in it that take you down twists and turns you don’t really expect."

It’s a form of theatre making that’s slowly becoming more common – work that acts as a push-back on outdated stereotypes and heteronormative roles that young women don’t necessarily see themselves conforming to.

"Before Fleabag, Bitch Boxer and Chewing Gum, I think people saw one-woman shows as quite stuffy, and old-wave feminist scary things, but this has made them really exciting and popular because you get to have a real slice of a human woman’s life, rather than some sort of poetic portrayal of a woman."

Rice says that "when you come to see the play, even if you’ve seen the TV show, it will still surprise you and it will still take you on a journey." Regardless of the form, the heart of the show remains the same.