Review: Aleppo. A Portait of Absence

What is left of a city once its walls have been torn down? How do you trace genealogies of place when those places no longer stand? 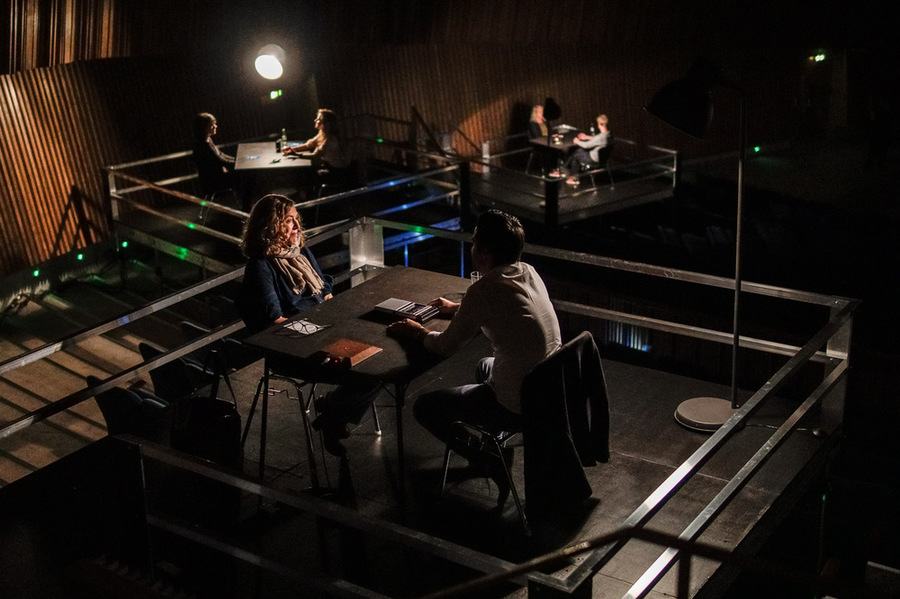 Syrian author Mohammed al Attar explores the unbridled power of storytelling as a means to preserve a city ravaged by war through the most intimate of theatre experiences in Aleppo. A Portrait of Absence.

Entering through the large arched doors of Queen‘s Theatre, a giant map of Aleppo awaits. We’re each instructed to choose one of ten puzzle pieces that are cut out from the city’s streets. From there we’re handed a recording device and follow an usher into an eerie darkness. Ten desks are illuminated by individual lamps and we take our respective seats.

Actors file in and take up their respective seats opposite audience members to ‘perform’ verbatim stories which Mohammed has diligently collected from interviews with people living in the ancient city of Aleppo. These aren’t horrific tales of a war torn landscape, rather they delve into the sweet, rich memories of lives lived there.

The piece finishes by opening up a space for you to share in the telling of your own story. It’s the kind of show you can, and truly want to go to again and again and again.