Alien invasion has never been this fun 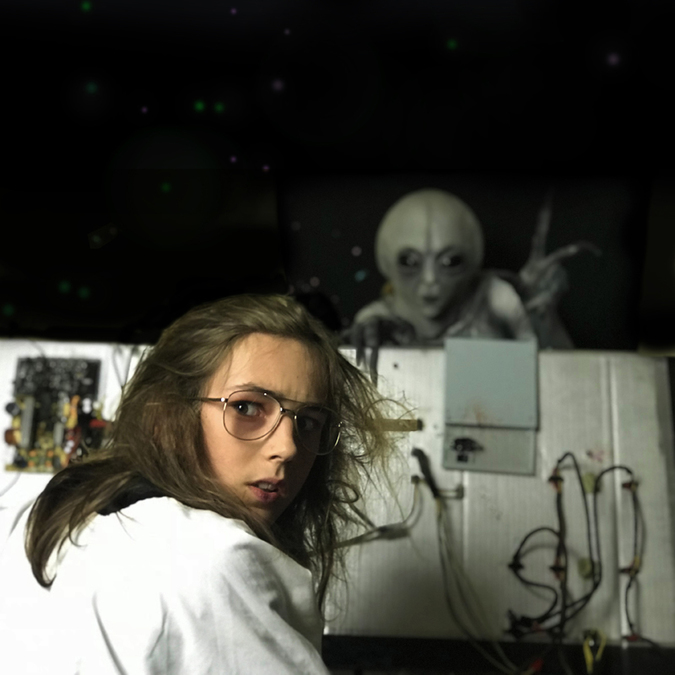 Scepticism isn't any fun. Area 53 takes us on an unauthorised tour of the secret facility that has been keeping aliens under wraps in Adelaide's industrial inner-west. Area 53 achieves in under an hour what the X-Files couldn't do in 11 seasons: make us believe that aliens are real.

This immersive theatre production joins all the dots – government cover-ups, missing townsfolk, child labour and tin foil hats. Our tour guide Eric is an endearing weirdo whose off-the-wall conspiracy theories manage to charm the audience, even if his personal hygiene doesn't. This oddball group of young scientists are inventive and abrasive as they show off their bizarre findings. The crew from D'Faces of Youth Arts in Whyalla clearly love putting so much attention to detail into their sprawling set of 'evidence'.

Between the momentum of the show and the surly cleaning staff, the audience is quite literally swept along through Area 53. This show is zany fun that proves child scientists are just as likely to be dissecting aliens as anyone else. And what would be the point of believing in aliens if you don't get to run screaming as they break out of a government research facility?