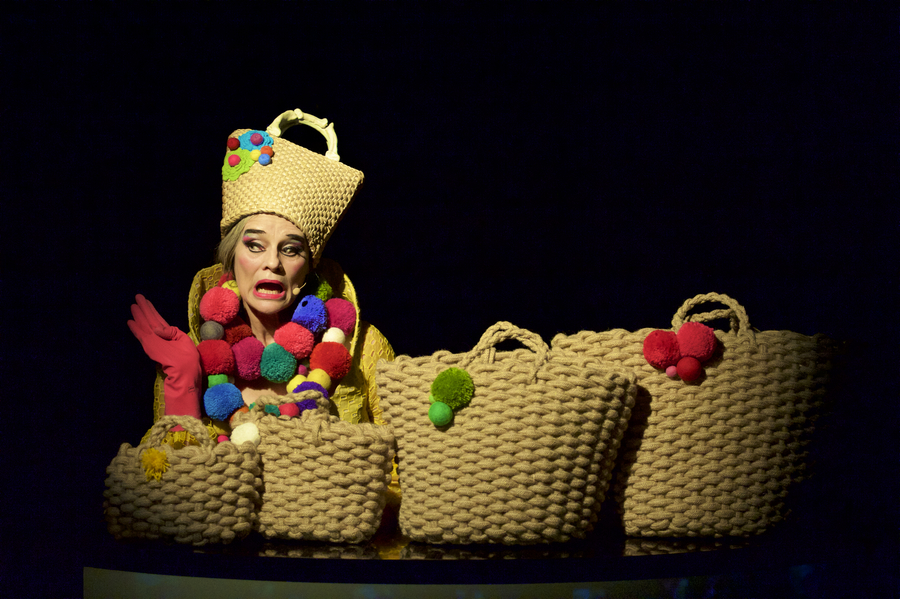 This production takes the traditional story of Baba Yaga, a sinister figure from Slavic folklore who, among other things, eats people and walks on chicken legs, and turns it on its head.

Here, Baba Yaga is a rowdy apartment resident who owns a motley assortment of cats and cactuses. She also has the ability to impart life-changing wisdom, in this instance on the timid concierge Vaselina.

Christine Johnston, who some might know from the musical comedy trio The Kransky Sisters, is delightful as Baba Yaga. She plays the character with the hand-rubbing glee of a pantomime villain. Elizabeth Hay does well at embodying the repressed people pleaser Vaselina – there’s a moment which is both hilarious and agonising, where Vaselina tries to do her job at the concierge desk while making as little noise as possible.

Both performers do well with the show’s original musical numbers, and it is a treat to see Johnston play the musical saw. The magical elements of the story are deftly conveyed by Chris Edser’s surreal animations.

Baba Yaga delivers an imaginative recalibration of a well-worn story, as well as a rousing message about marching to the beat of your own drum.