The art of politics 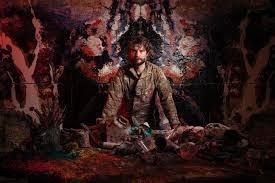 Ben Quilty, one of Australia’s most renowned contemporary painters, is exhibiting his eponymous solo exhibition – an explicitly political retrospective.

Quilty is recognised for his strikingly colourful and distorted portraits. His most notable works, unnervingly tortured representations of Afghanistan war veterans, are given their own mention as the exhibit flows into his most recent abstract works.

It’s clear the Rorschach is the overarching theme of this exhibit. Some paintings are nine metres in length – colossal landscapes perfectly mirrored on both sides. What lies within these textured picturesque plains is White Australia’s despicable history of genocide against Aboriginal people. Quilty depicts some of the most horrific sites of racial violence camouflaged within striking serenity. It’s an obvious nod towards White Australia’s erasure of its history of violence and dispossession of First Nations peoples.

It’s a wonderfully curated oeuvre of Quilty’s works. Yet, the question remains whether Quilty – who is so much a self-promoter as to depict himself in the light of Christ – is taking on the role of illegitimate cultural envoy, which is unsavoury despite his continuous acknowledgement of privilege.