Review: Man With The Iron Neck

A show with a message that needs to be heard 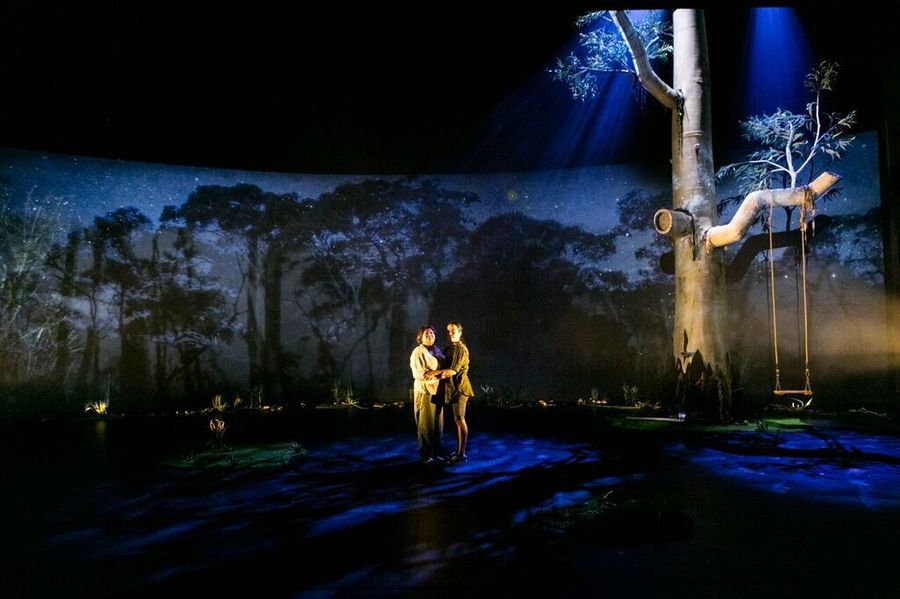 The thematic territory of Man With The Iron Neck is one of blistering importance. The show's co-creators, Ursula Yovich and Josh Bond, introduce the work in their program notes by saying 'it's taboo to speak about the act of suicide and the pain that comes with it' and by describing the ongoing trauma that is part of 'being Aboriginal in this country'.

Man With The Iron Neck, then – in narrating the story of a tight-knit family twice affected by the suicide of loved ones – has a purpose far greater than connecting with, or entertaining, its audience. It's explicitly concerned with shedding light on and prompting action to resolve a real problem too long pushed into the shadows.

In this, the show succeeds. The work speaks both ably and emotionally to the complex tangle of forces and deep sense of heartache often tied up with suicide by Aboriginal people.  But, while Man With The Iron Neck fulfils its important ultimate goal, it is far from a perfect production. The plot unfolds at an uneven pace and too often the writing, or physical-theatre, imbued stage direction falls back on overworked symbolic tropes, such as blood-filled dreams as a premonition of death. And, thanks to their worn-out familiarity these tropes end up making the issues at hand feel less real and immediate.

Similarly, the four-person cast performing the show are inconsistent. As an ensemble, their energy and charisma is undeniable – the sense of love that crackles between them easily fills the theatre. But as individual actors, they sometimes struggle to convey the weight of emotion that the script and theme deserve.

Still, even with these problems, Man With The Iron Neck is a necessary addition to the modern Australian theatre landscape. It's a play that is boisterous, highly naive, and very, very genuine in its communication of a powerful message.