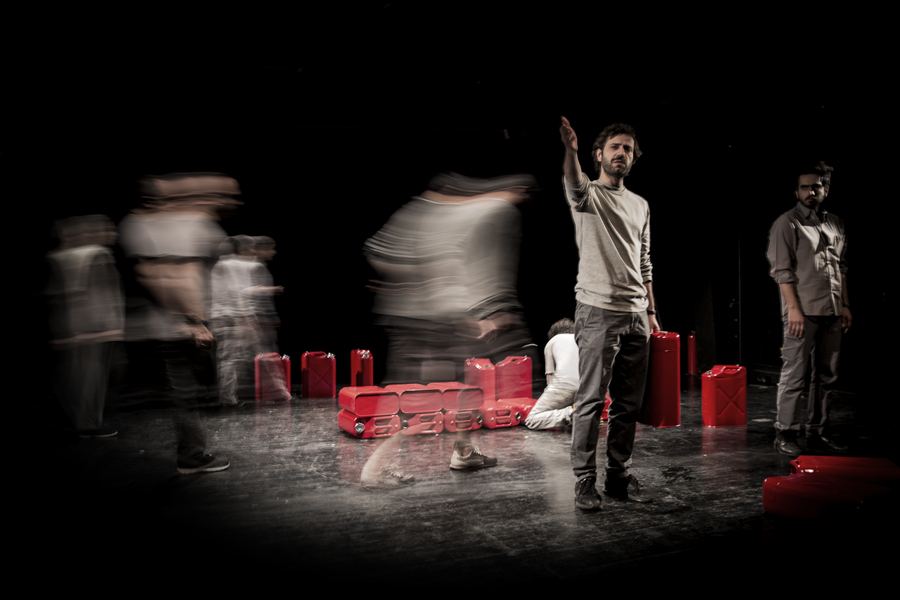 It is a strange and chilling experience to see Australia's treatment of refugees depicted by international artists.

Manus is the creation of Nazanin Sahamizadeh, an Iranian theatre director, who became interested in Australia's offshore detention regime after seeing a news item. Her initial research has turned into this stagework, written using only direct quotes from refugees held on Manus or Nauru with whom Nazanin and her team corresponded. Over the course of Manus, the personal story of each of the eight refugees unfolds. Their individual tales are interwoven; recounted by the actors episodically, but sometimes becoming a communal story. During points of crisis in the detention centres – such as when almost 900 refugees go on hunger strike to protest their treatment, or when mass beatings take place – the personal experiences combine and become one horrifying picture of communal danger and degradation.

Unfortunately, as a piece of theatre, Manus is poorly executed. As the story bounces from person to person, the script becomes convoluted and confused. The anxiety and sadness sparked by each of these harrowing recounts is lost because the narratives are so badly constructed.

The actors are serviceable in their roles, but hindered by the script and the burden of some strange staging choices. There's near-constant movement of bodies around the stage, which is probably supposed to communicate the unsettled nature of the characters. In reality, it is just distracting.

Iran's culture of theatre-making has been disrupted often by cultural and political forces, and perhaps it is unfair to judge this work on its technicalities. It might be more valid to instead examine its intention and its humanity.

In Manus, the voiceless are heard. It is notoriously difficult for journalists and advocates to be in contact with refugees held in Australian offshore detention, and so their stories are rarely told or only told in fragments. Manus' power lies in the effort made by its makers to collect and present an unadulterated account of what these refugees experience.

Stripped of the political rhetoric that always accompanies discussion of refugee policy in Australia and depicted not as something that happens to a group of unknown people, but as a reality lived by individuals who feel and think, offshore detention is revealed in all its truth.

And it is a terrible truth. This is a regime borne of craven, cynical, political games that is costing people their lives, their sanity, and their dignity. It is a trespass against human rights, an affront to the notion of empathy, and a terrible crime in which all Australians are complicit.

All this become starkly clear in Manus, and because of that it is an invaluable piece of art.