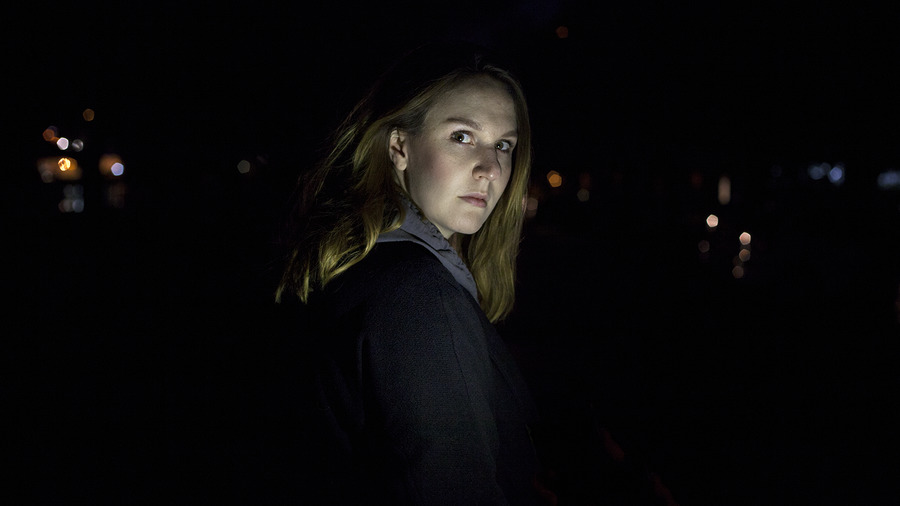 Before The Maze begins, I’m asked if I've been drinking. Then if I'm appropriately attired, and finally if I'm “asking for it”. This escalation from the seemingly innocuous to the alarming sets the stage for a disturbing, powerful show.

I’m instructed to follow a performer through the backstreets of Adelaide, and headphones allow me to hear her thoughts as well as her interactions with passing men. Not every person she walks past is a part of the show, but every one of them is a potential attacker and as the streets get narrower and darker, there’s a sense of impending dread. Never have I observed my surroundings so keenly; I’m alert for every footstep that’s not my own and acutely aware of the headlights of each passing car.

This experience gives just a tiny glimpse of what it’s like to walk through the city alone as a woman, but it is incredibly effective. Every interaction is fraught with danger and as I'm the only audience member, there is nowhere to turn for reassurance. Instead I walk, my whole body tensed for whatever is coming next as my thoughts turn inevitably to Jill Meagher, Eurydice Dixon and Aiia Maasarwe, women who were raped and murdered simply because they dared to walk home alone.

And then it ends abruptly and I'm left utterly alone on the street. At just 30 minutes rather than the promised 50, it is over quickly but the memory lingers long afterwards. That Australian streets are not safe for women to walk alone is unacceptable. Rather than waiting for another tragedy, The Maze challenges the few audience members fortunate enough to attend to address it now.