An addictive and revelatory work of performance art 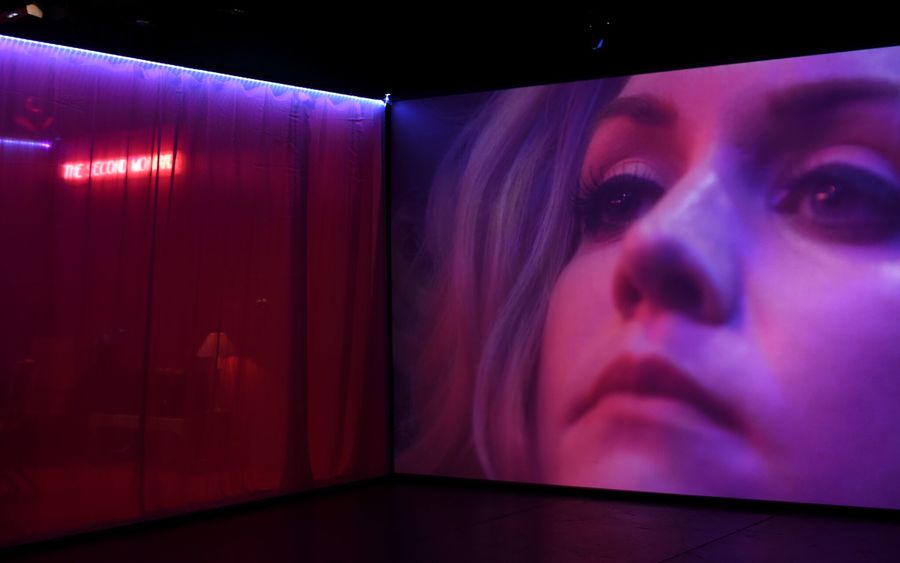 The Second Woman is a 24-hour performance, but its power is immediate.

The work has a deceptively simple set-up. Co-creators Anna Breckon and Nat Randall have devised one scene, running for about ten minutes. Randall performs this scene over and over for the 24-hour run time. Each time the scene restarts she is joined on stage by a new co-star.

In total, Randall performs the scene 100 times. And she does so alongside 100 different men. All of whom have volunteered to be part of the performance and have been given a script to learn – but with no chance to rehearse or to meet Randall before appearing on stage.
Without seeing the show, it is impossible to imagine how revealing a single scene can be.

Even watching one version prompts deep questioning of gender norms, the culturally-inculcated way men and women are taught to interact, and almost everything else. From Australia’s much-beloved ‘Larrikin’ sense of humour, to the way the public gaze transforms behaviour normally reserved for private space.

Watching multiple versions of the scene is like watching the shaky foundations of your own worldview. Its assumptions, cultural norms, and tightly-held indulgent consolations are all delicately deconstructed. In the strange, often aggressive, and self-serving behaviour of the men on stage, and in Randall's insightful responses to them, a mirror is created. And it is at once startlingly confronting to look into, and impossible to look away from.

With one scene, Randall and Breckon have designed a near-perfect device to reveal the best and worst in human behaviour. In choosing to repeat that scene they have multiplied its power. Through the mastery demonstrated in Randall's performance, they have made a work of art beyond reproach.

The Second Woman is a rare thing – accessible yet hugely powerful - and with something different to offer everyone who experiences it. It is one of the greatest achievements of modern Australian theatre.