A self-aware scrutiny of liberal values 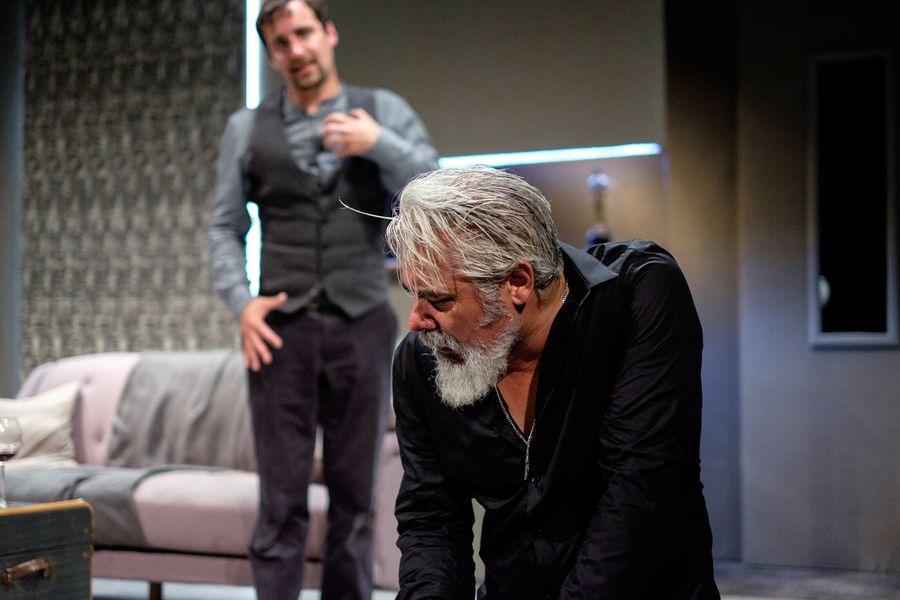 On the eve of rehearsals, famous Hollywood actor Jay Conway (Darrell D’Silva), English producer Leigh Carver (Robert Jack) and Northern Irish writer Ruth Davenport (Lucianne McEvoy) meet to discuss a play they’re about to debut. Conway, with his Irish Catholic background, identifies with the play’s central character, and is bringing a lot of public interest and gravitas to the production. But in this ego-driven environment, a few misplaced words cause the evening’s events to spiral out of control.

With its cleverly-muted set design, minimal lighting and sound, the writing, direction and performances dominate Traverse Theatre Company's production. The dialogue is sharp yet naturalistic, replete with pseudo-intellectual declarations and professions of liberal values that seem so authentic they may have been pilfered from real-life conversation. D’Silva offers a thoroughly-realised caricature of an American celebrity that he almost disappears into the role. McEvoy, who is given the least to do, delivers a well-realised performance whenever she is thrust into the midst of things. Jack offers the stand-out performance as Leigh Carver, visibly and audibly squirming through his attempts to consolidate bruised egos and mediate the drama. And all while pursuing his own self-interest.

Ulster American drills down heavily into farce bordering on horror. The grim spectre in this production being the intolerance and bigotry lurking behind our socially-progressive litanies. But ready to be unleashed if you scratch the surface. What results is a scathing self-recrimination of the actors, writers and producers in the performing arts, whose feet are held tight to the fire over any discrepancies between their professed values and their actual behaviours. While, for good measure, Jack Ireland’s script takes plenty of pot shots at critics, the theatre-going public, and liberalism in general.

The play nearly lands all its blows. A strong current of self-awareness underlies the drama, but some is lost when, for example, McEvoy is relegated to the background in a play which is partly about how men sideline their female peers.

The proceedings also become a bit too absurd to be believed at times, or characters make choices that are primarily in service of the narrative. There are plenty of laughs, if it’s not always clear whose expense they come at. These minor faults aside, Ulster American is bold, hilarious theatre which mercilessly excoriates a brand of hypocrisy which is all-too-familiar in the post-#MeToo era.