Best of 2006: Bowling With The Hamiltons

Where else would you take two people that have forced themselves to endure the company of Ant and Dec? 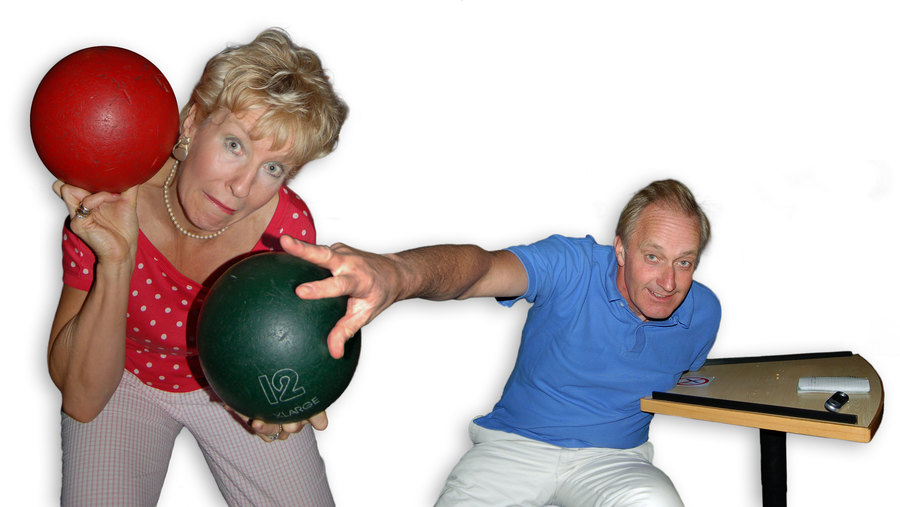 In the two short weeks since the Christine and Neil Hamilton road show arrived in town, the Fringe has been made more than aware of their presence. When Christine Hamilton is not inflicting grave offence to the population of Newington by complaining of the area’s "vile smell of curry" on her festival blog, she and her husband have been keeping up appearances in the most unlikely of places. Asked during a visit to Reginald D Hunter’s show Pride & Prejudice & Niggas if their host could come round for dinner, the former MP politely suggested that he “could do with another man servant”, leaving the usually motormouthed comedian speechless. First impressions, however, can be deceptive. It transpired the exchange was scripted, the couple being more than happy to play up to their buffoonish reputation.

After much too-ing and fro-ing, fest finally manages to secure an interview with the oddball duo, but is presented with a grave problem: where do you take two people that have been embroiled in sleazy political scandals, declared bankrupt and even forced themselves to endure the company of Ant and Dec in I’m a Celebrity, Get Me Out of Here? There could only be one answer: Megabowl.

We meet outside a restaurant where they are enjoying some post-performance champagne and, after getting in a cab, they are informed of our choice of venue. Initially this does not go down well, and Christine phones her PR in London to leave an agitated answer machine message: “Martin, I don’t quite know what you have got us into. We are in a taxi having been kidnapped by a bunch calling themselves journalists. They say they want to take us bowling. Please call me back when you get this.”

But they soon relax, seemingly resigned to their fate, with a slightly tipsy Neil even appearing mildly excited. “I haven’t been bowling for 40 years, probably before your parents were born. I had no idea that anyone still went. God, if ten-pin bowling has survived, possibly even sex has”. Ever on cue, Christine quips, “No darling, it’s just like sex - it stopped in the 60s.”

Finally we arrive at the bowling alley. Youths in hooded tops are blasting pixelated zombies and the Black Eyes Peas’ decree to "Get it Started” mixes with the sound of flying pins. When we begin, it is suggested that they focus themselves by imagining that the pins are Mohamed Al-Fayed’s face. “I don’t want to mention names”, Neil responds, “but there are several people who have treated us badly over the years. A bowling ball wouldn’t be painful enough. Maybe a kalashnikov would do? Of course I’m only joking…”

We soon find out that not bowling for four decades hasn’t diminished their natural touch. Christine starts with a comfortable seven and Neil, after almost hitting a strike, saunters back to the seating area making gun shot motions with his hands and blowing away the imaginary smoke. But his wife’s early form soon dips. “I haven’t done very well,” she shrieks over the pumping chart music, the temptation to showcase their brand of innuendo proving irresistible: “The hole was the wrong size and the balls were the wrong weight. I’ve been married for 23 years and I still don’t understand it.”

As we continue it becomes clear that the only time it’s possible to speak to Neil without Christine carefully vetting the conversation is when it is her turn to bowl, and after several glasses of champagne and a pint he seem in a philosophical mood. “We don’t act, we just are”, he says, pausing to emphasise the gravity of the statement. After promoting The Ultimate Cheese Party album and a World Cup song so dire that comedian Al Murray suggested it sounded like “it was recorded by the Germans”, do they ever feel like a joke that has gone too far?

“Why be serious when you can be surreal?” Neil responds. The fact that we are sitting in a bowling alley with a tipsy former cabinet minister not being lost on anyone, even himself. “I spent 30 years of my life being ostensibly serious, making people miserable in politics and that didn’t work did it? I am now atoning for my past life by participating in the grand old business of cheering the country up.” Christine returns from the lane, slapping our photographer on the bum as she passes. “Yes, darling”, she interjects, “we’ve left the artificial world of politics behind for the real world of entertainment, showbiz and fun.” Neil adds, “I’ve done Johnny Vegas’ 80 Stone of Idiot and Dick and Dom in Da Bungalow so I think my life’s work is now done.” Christine, it seems, has many fond memories of her time in da bungalow. “Oh doing Dick and Dom was wonderful, we were covered in custard,” she sighs, and Neil’s eyes glow at the opportunity for yet more sexual intimations. “It was a whole new fetish. I highly recommend it”.

But what do they hope to achieve by coming to the Fringe with their show, Lunch with the Hamiltons? “Immortality,” Neil responds, and it’s again hard to tell if he is joking, drunk or deadly serious. “Our lives are just a rollercoaster, one thing after another”, says Christine. “If it’s legal, honest and faintly decent then we’re up for it and if it’s fun then we’re double up for it. Edinburgh just seemed to us like a great idea and we are not being paid. It’s all for the love of it.”

They become slightly more guarded however when asked about politics, and whether or not they still pay attention to the goings on of the Conservative party. Neil answers cryptically, “No. I don’t have a microscope”. Asked what he means by this he pauses again: “I think that’s for the people at large to ponder isn’t it? It’s a surrealist remark.” We return to bowl our last few frames, and the game ends with the Hamiltons having achieved respectable scores, despite losing to our team. As she kisses everyone goodbye, Christine’s says slightly dejectedly, “We wanted to win at ten-pin bowling against the younger generation but have singularly failed. We really did try our best though.”

As Neil offers a firm, formal handshake, and the couple disappear into the distance, it seems clearer than ever that Britain does need the Hamiltons, though few would admit it. It is far too easy to dismiss them as buffoons or to demonise them as aging media whores – at times, being in their company feels like taking part in a farcical drawing room comedy, at others you feel you are in the presence of two shrewd self-publicists aware of exactly what to say and what reaction they will get. For their fans, in spite of all the scandals, they represent decent, good old-fashioned fun. Daily Mail columnist Lynda Lee Potter’s opinion that, “with more women like Christine, Britain would never have lost the Empire”, no matter how deluded, seems to be shared by her legions of middle-aged admirers.

For others the Hamiltons are figures of ridicule and, as the country’s continuing fascination proves, people seem to love seeing a disgraced former Tory MP and his wife dancing around on an advert for The Ultimate Cheese Party. Ultimately, it seems clear that, whether it’s the Fringe or bowling, the Hamiltons are still willing to try almost anything.