The Man Who Was Hamlet 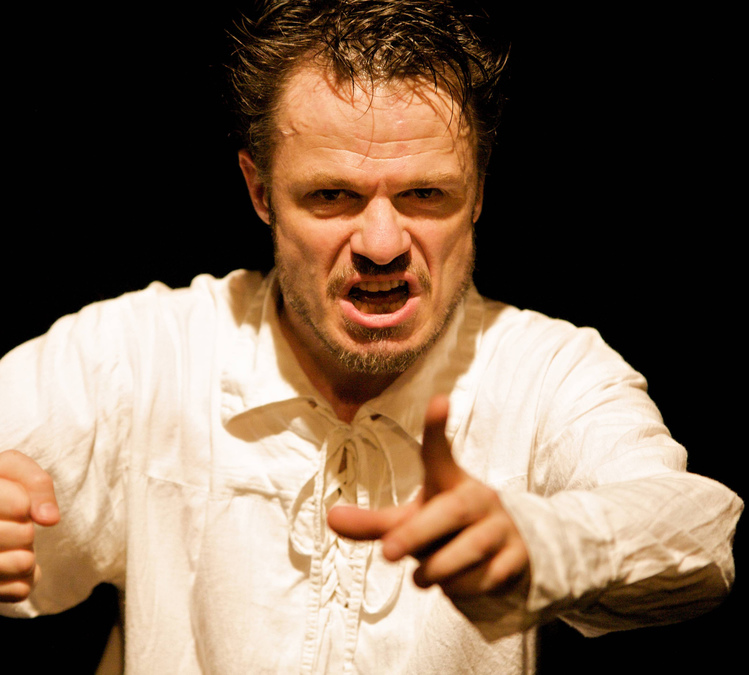 Did the son of a glove maker from Stratford write Shakespeare? Not according to George Dillon, who in this one-man-show plays Edward de Vere, the 17th Earl of Oxford – the real genius behind star-crossed lovers and the suicidal Dane.

Sigmund Freud, Orson Welles and Sir John Gielgud are amongst those who have favoured de Vere’s authorship, and next year Derek Jacobi and Mark Rylance star in Anonymous, a film which promises to settle once and for all why the bard couldn’t possibly have been a chav.

Dillon, to his credit, has got there first, and his literary aristocrat is as rogueish and charming as Rowan Atkinson’s Blackadder II (who, more orthodox scholars maintain, has just as realistic a claim to the authorship).

Regardless of who wrote what, Dillon’s performance is exceptional. As well as portraying de Vere at all ages and states of mind, he imitates numerous characters including Pope Pius V and Elizabeth I. He plays them all for laughs but none laughably. Most beguiling is his rendering of the simple and illiterate William from Stratford whom de Vere charitably helps with his poetry.

The action scenes are just as impressive. One man acting out fencing scenes and storms at sea could easily look ridiculous but Dillon pulls it off.

It possibly runs a tad too long and the moments of self-pity, though played well, occasionally jar with the piece’s otherwise impeccable pacing. Yet, whatever you think of the historical authenticity of Dillon’s claims, his de Vere is entirely believable.