When the Sex is Gone 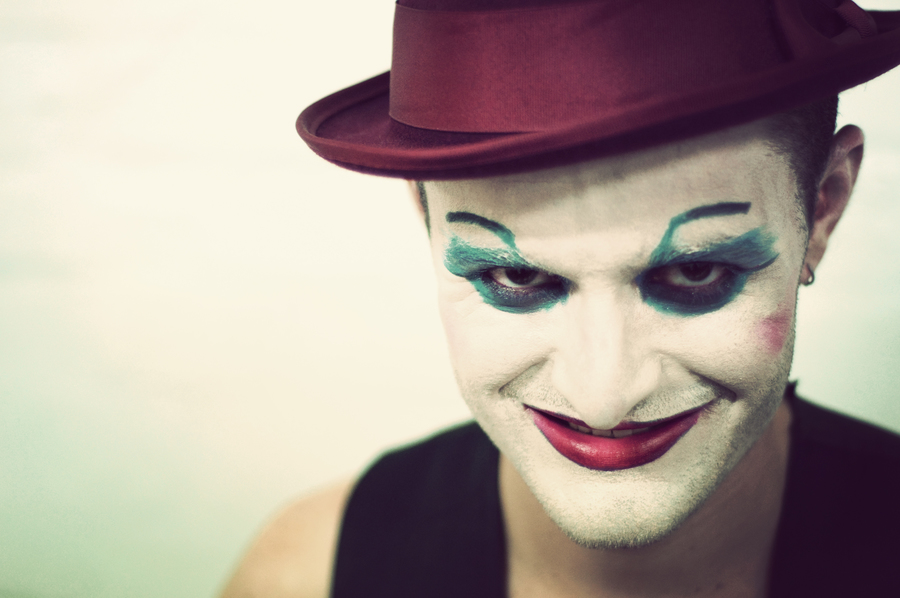 At the world's largest arts festival—and, considering it takes place in a smallish capital city, maybe the most crowded—even airspace is at a premium. The success of a performance can depend on whether the artist in question can outshout the performance next door. From the moment Tommy Bradson's character, Charlie, tumbles onto the stage, there is no question that the muffled shouts of the adjacent act are to be allowed to get in the way of these autobiographical outpourings without a fight. In a narrative split between Charlie's dual, hermaphrodite identity, our first Charlie is a stripper – the star attraction of red light districts from Paris to San Francisco and everywhere in between. Charlie sings the story of her unconventional life in big showtune style, each song detailing a sexual episode significant in the construction of the bawling, desperate, disdainful prima donna who staggers and sways before us.

Our second Charlie is a boxer – a prizefighter who might be the embodiment of prescribed masculinity were it not for all the slap. Zipping between personalities, Bradson's disturbing perfomance crackles with a passion that often bubbles over into a spitting rage. For the whole hour, we are at Bradson's mercy: one moment straining to hear as Charlie whispers confessions into her glass, only to be assaulted with a barrage of unintelligable verbal punches in the next. But there's an inherent problem here: the big question of the relationship between the two Charlies remains unsatisfyingly unanswered.