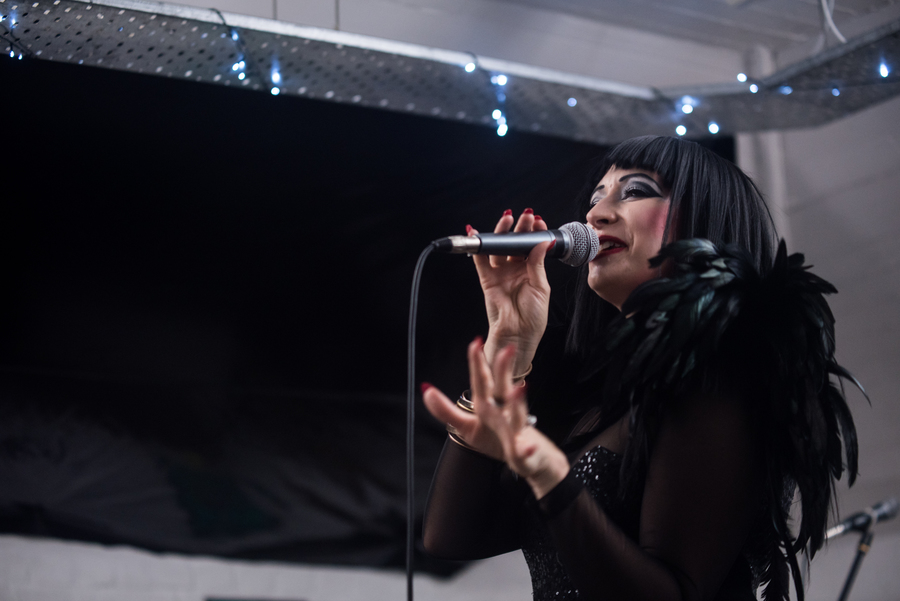 Monday 5 August saw this year's Fest Launch Party, and it always takes us until this edition of the magazine to pick up the pieces. Thanks in no small part to our smashing venue Old Tolbooth Market and their festival co-hosts Gilded Balloon, who gave us space to both celebrate and serve drinks courtesy of Edinburgh Gin and Decagram Ales. And that's for anyone not trying the venue's own Bucky slushies.

Creative Edinburgh kicked off the evening, hosting lightning talks from festival industry figures. We heard inspiring words from Annie Marrs (co-owner of Sweet Venues), a hot-off-the-press peek at upcoming project Leith Comedy Festival from Rosalind Romer (owner of Punchline Comedy) and the journey from scrapyard to venue from Pianodrome’s Matt Wright. Joy Parkinson of Scottish Ballet revealed the not-always-glamorous truths of festival PR and Mara Menzies thrilled us with her storytelling as she gears up for her show Blood and Gold throughout August.

Then Fest's own entertainment showcase rounded off the night, opening with some sketch tomfoolery from Aussie duo Two Little Dickheads and UK trio Sleeping Trees. Drag prince Alfie Ordinary followed by regaling us with a fabulous Spice Girls medley, before cheeky pals Double Denim goofed around with snippets from Adventure Show. Headlining the bill was newly annointed pop scientists Frisky & Mannish, mischievously deconstructing Ed Sheeran. And this is all without mentioning our tireless, smoky-eyed cabaret queen Bernie Dieter, MCing the night with a handful of original songs from the ever-popular Little Death Club.

Honorable mention goes to media partners From Start to Finnish who co-branded this year's tote bags – if you didn't get one, speak to George.

Head to our Instagram posts here and here to see more photos from the event!