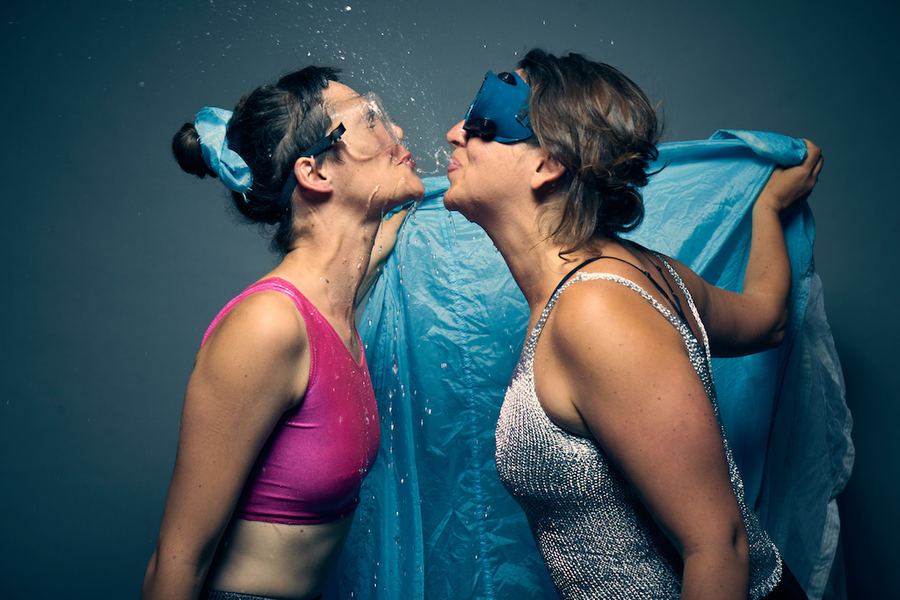 Not all little girls want to be princesses, and not all women want to be queens. Some girls want to do the rescuing, and some women want to live in a swamp and collect shiny things. This playful, physical theatre show looks at loads of other things that women and girls want, dismantles gender stereotypes, and has a joyful mess of a time throughout its short sketches.

There’s no real linear structure and it’s semi-improvised, but the sense of fun that drives the show passes the time quickly, despite some confusing moments that don’t cohere with the concept. A blue satin parachute is a prominent feature that takes up a lot of space, but it’s used in a variety of ways, from being worn as a dress to representing a river. There’s a lot of interaction with the audience, though it’s cheerful and warm rather than affronting. The two performers are expressive character clowns with consistently high energy levels. They feed off of the audience’s energy and laughter while having a great time, which is fun to watch even if it’s not always clear what is happening.

A performance art aesthetic underpins their short scenes and design, and there is a prominent queer theme. The latter are the strongest moments of the piece. The feel is generally chaotic and occasionally unjustified, but these points still manage to fit into the overarching spirit.