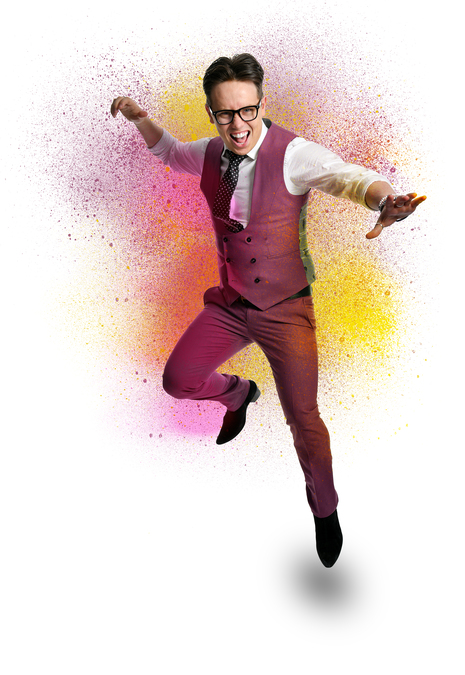 In fairness to James Phelan, it’s a pretty tough crowd this evening. Saturday drunks who like to misbehave – something any magician would dread, especially in a show relying heavily on audience participation. So let’s take them out of the equation for a second.

Phelan is clearly a hardworking performer, who’s dedicated years of his life to mastering sleight of hand, misdirection, cold reading and other feats of mentalism. In isolation these tricks are impressive. He certainly knows his way around a deck of cards, and he’s able to ‘mind-read’ select audience members with astonishing accuracy.

But there’s a spark—that slick, confident showmanship we’ve seen in other stage and TV illusionists—missing here. For all his skills, Phelan isn’t the most charismatic magician around. This wouldn’t necessarily be a criticism on its own, but he’s a self-styled “prankster” who ends up struggling to communicate clearly with both the audience and with individuals pulled on stage. Some tricks take a few goes to explain, which swipes at the ankles of the show’s pacing and robs some big reveals of their impact.

Which brings us back to tonight’s restless audience. It’s fair to say that in more confident hands, this unruly crowd might have fallen back in line, without the entertainer needing to resort to teacherly admonishments. Plus, the hope was to write this review—out of respect to Phelan’s individuality as a performer—without mentioning his lineage, but when he calls on his uncle (the great Paul Daniels) a couple of times in the show, it feels crass and (literally) nepotistic, instead of reverent and affectionate.