A dessert trolly with only empty calories on offer 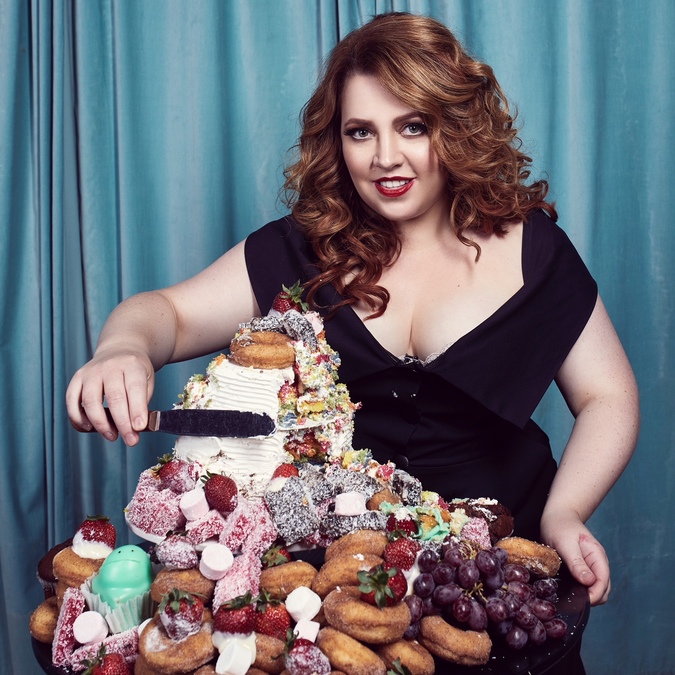 It’s clear what the point of this songs-and-desserts cabaret is, because it’s spelled out to us in the plainest of plain English at the top of Just Desserts: modern life is tough; we’re held to impossible standards of success and beauty; be yourself and do what makes you feel happy. That’s hard to disagree with. But it’s less clear what the purpose of packaging the message like this is.

It’s all set out so plainly that what follows, a trio of (albeit delicious) petits fours, served alongside a sequence of fairly samey, generally uplifting cover songs fails to surprise. There’s little development, nothing to reveal, a dick pic set piece that trips over the very obvious hurdle that there’s no phone signal in the dungeon-like Underbelly, and no actual cooking from "singing cook" Michelle Pearson.

There is singing, and great singing at that. There’s no doubting Pearson’s vocal talent or charismatic stage presence. She’s brought with her from Australia a tight four-piece band, too. But they’re at their best when allowed to noodle jauntily between songs, and sound constrained by middle of the road pop-rock covers. Pearson and the band have a second show on at the Fringe, in which she cooks and sings her way through a three-course dinner. This, right from an opening jingle about a brand of jelly not even available in the UK, has the feel of a hasty add-on to make the finances stack up.