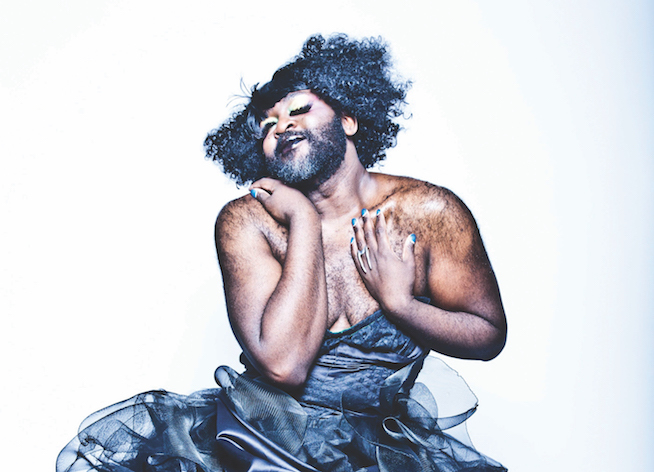 As a bearded, six-foot chanteuse, Le Gateau Chocolat makes for an unlikely teenage dream. In Icons he bops about in stocking-clad feet, belting pop songs into a hairbrush in front of a bedroom clad with posters of his idols, from Dolly Parton to Obama. No sugary tribute act this; rather, in recreating the atmosphere of a giggly sleepover, Chocolat sets the tone for whispered secrets and intimate soul baring.

His warm, extraordinarily versatile voice is well supported by an excellent band, taking us on a whistle-stop tour of hits from Kate Bush to Xanadu. These are the bright lights that made Chocolat the luminary he is today and now he is shaping them for his own purposes. He endows songs with new narratives, from a hilarious diva hair-whipping take on Meatloaf to a poignant interpretation of Wicked’s syrupy 'For Good', so weepy that it could be Leonard Cohen.

Chocolat demonstrates a sophisticated understanding of the power of drag to be revelatory in its masking: the magic of a flash of peacock eyeshadow and the swirl of a cape to transform and enable the wearer to say things they never could before.

"I’ve sold out of CDs," he says at the show's closing, "but you’re welcome to a hug." It’s a short float from the hold of the music to the arms of this marvellous, whole-hearted artist – let him sweep you up in this emotive and empathetic embrace.