Review: Margo: Half Woman, Half Beast by Cheyne Productions 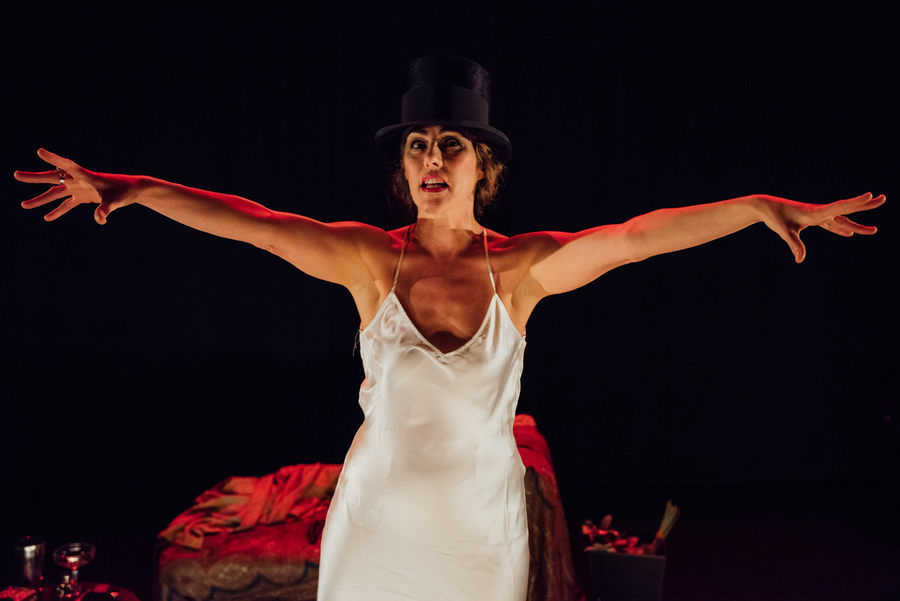 It’s one of the awful ironies of pre-Nazi Germany that Berlin was one of the most diverse, queer and artistically liberated cities in Europe. Cabaret star Margo Lion was a name on everyone’s lips.

In their latest show, singer Melinda Hughes and writing partner Jeremy Limb have woven Lion’s biography with the songs of Kurt Weil, Mischa Spoliansky, Friedrich Hollaender and their own compositions. Her turbulent relationship with the talented, self-destructive lyricist Marcellus Schiffer and her romantic entanglement with Marlene Dietrich all feature.

Greeting us sprawled on a glittering chaise longue, wincingly sipping from last night’s cocktail and surrounded by the detritus of yet another decadent party, Hughes is an engaging presence. Her Margo is caught in the champagne spotlight, increasingly aware of the social unrest growing outside.

The song selection—which Hughes, bringing to bear both her cabaret and opera talents, twists expertly through innuendo-filled comedy to bruised tragedy—acts as a vivid snapshot of Weimar-era Germany. They paint a portrait of glittering excess and artistic expression embodied by Margo’s life.

With Margo’s personal woes, the rise of Nazism and Germany’s buckling economy providing the connective tissue between songs, there’s inevitably some info-dumping. There’s also room for a more darkly satirical portrait of a celebrity lamenting the plight of Germany’s poor from her opera box than we get here.

But this is still an enjoyable hour, held together by Hughes’s on-stage charisma and rapport with her audience. She and her onstage band make Weimar’s cabaret scene sing again.